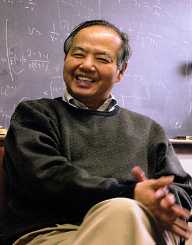 Shinichiro Tomonaga was born on March 31, 1906, in Tokyo, Japan. He was born to Tomonaga Sanj?rõ and Hide Tomonaga. In 1913 they relocated to Kyoto. In 1926, he joined Kyoto Imperial University. In 1929, he graduated with a degree in physics renown as ‘Rigakushi.’ He, at the same time, served as an assistant for three years. In 1932, he joined Dr. Yoshio Nishina in Nishina Laboratory at RIKEN, Japan. He worked on quantum electrodynamics. He, later on, finalized a photoelectric pair creation paper. In 1935, Dr. Nishina co-authored his papers on the formation and destruction of positrons and neutron-proton interaction. He, later on, worked at Leipzig University in Leipzig, Germany.

In 1937, Shinichiro Tomonaga joined Werner Heisenberg’s research team. He learnt about quantum field theory and nuclear physics. He, later on, published a paper titled ‘Innere Reibung und Wärmeleitfähigkeit der Kernmaterie’ in ‘Zeitschrift für Physik.’ In 1939, he returned to Japan. He later on graduated with a degree in Science renown as ‘Rigakuhakushi.’ His Leipzig published paper was then used as his thesis at Tokyo Imperial University.

In 1940, Shinichiro Tomonaga came up with an intermediate coupling theory that entailed the meson theory and the composition of meson cloud around the nucleon. In 1941, he was appointed the Physics professor at Tokyo Bunrika University. In 1944, he worked part-time as a lecturer at the Tokyo Imperial University. He was also involved in researching the navy. In World war II, he later studied the meson theory, magnetron, and super-many-time theory. He, later on, worked on the Microwave circuit theory and waveguides. In 1948, he alongside Masao Kotani were awarded the Japan Academy Prize.

Shinichiro Tomonaga alongside his students worked on SidneyDancoff’s 1939 paper. They also worked on his Super-Many-time theory by comparing and considering the relativistic procedure calculations from physicists Fierz and Wolfgang Pauli's non-relativistic procedure. He, later on, discovered QED theory of re-normalization. He also calculated Lamb Shift, a physical quantity. In 1949, he went to Princeton, New Jersey. He, later on, worked at the Institute of Advanced Study. He then held a chair at Columbia University. In 1950, he recommended the Tomonoga-Luttinger liquid. In 1951, he became a member of the Science Council of Japan after he succeeded Dr. Nishina. In 1955, he introduced Institute for Nuclear study at the University of Tokyo.

Shinichiro Tomonaga later published a quantum mechanical collective motions hypothesis. In 1956, he was appointed the President of Tokyo University of Education. In 1957, he was involved in conferences that recommended proliferation of nuclear weapons.  In 1963, he became the director of the Institute of Optical Research in University of Tokyo. He had other published articles that included; ‘Supin wa Meguru’ denoted ‘The Story of Spin’ of 1974, ‘Quantum Mechanics’ of 1962 and 1966’s ‘Development of Quantum Electrodynamics: Personal Recollections’.

In 1965, Shinichiro Tomonaga alongside Julian Schwinger and Richard Feynman was awarded the Nobel Prize in Physics.

In 1940, Shinichiro Tomonaga married Ryoko Sekiguchi with whom they had three children. He died on July 8, 1979, of throat cancer. He was buried at Tama Reien Cemetery, Tokyo. He died at the age of seventy-three.