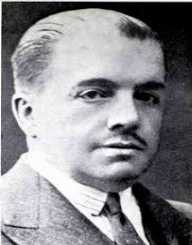 Sergei Diaghilev was a famous Russian patron of arts, who paved the way for a paradigm shift in ballet dancing by incorporating other art forms like music, fashion, and painting with the fabled dance form. He founded the Ballet Russes, which is regarded as one of the most significant dance companies in history.

Sergei Pavlovich Diaghilev was born on 31 March 1872 into a wealthy family in Selischi, Novgorod Governorate (now in the Chudovsky district). After Diaghilev’s mother passed away, his father wedded a young girl named Elena Valerianovna Panaeva. Diaghilev was close to his stepmother, whose artistic inclinations had a massive influence on his life.

After his family went bankrupt, Diaghilev went to St. Petersburg University to pursue law. Simultaneously, he started taking piano lessons too. At the university, Diaghilev began to mingling with an informal circle of students who claimed themselves to be intellectuals and proponents of art and aesthetics. The group was called The Nevsky Pickwickians.

Sergei Diaghilev imbibed a lot of knowledge on Russian and Western art and embarked on several trips to Central Europe where he socialized with master composers, artists, and philosophers. After graduating from the University, Diaghilev, being discouraged by his teacher, gave up on his dream of becoming a composer. He was destined to become a patron of arts.

Diaghilev was expelled from the Imperial Theatres in 1901. For the next few years, Diaghilev engaged himself in undertaking art exhibitions and music concerts in Europe, mostly in France. His successful production of the famous opera Boris Godunov of Modest Mussorgsky paved the way for the creation of Ballet Russes.

The ballet company was an instant hit. American dancer Isadora Duncan inspired Diaghilev. Compositions of Richard Wagner and ideas of noted French author Charles Baudelaire intrigued him. Duncan’s infusion of Classical Greek art and aesthetics into ballet, freeing it from its rigid cocoon and pioneering a new modern expressive style of the dance form had a lasting impression upon Diaghilev who aspired to do the same.

His company boasted of prima ballerinas like Anna Pavlova and Tamara Karsavina as well as famous choreographers and dancers like Adolph Bolm and Vaslav Nijinsky, the latter often being hailed as the most excellent male dancer of the 20th century.

Sergei Diaghilev commissioned master composers like Erik Satie, Igor Stravinsky, Claude Debussy, Sergei Prokofiev, Richard Strauss, Maurice Ravel, etc. With Stravinsky, Diaghilev had a fruitful collaboration resulting in works such as The Firebird, The Rite of Spring, Petrushka, and Pulcinella, the latter having sets and costumes designed by Pablo Picasso.

Post the October Revolution of 1917, Sergei Diaghilev mostly remained in exile. Like other great artists of the time, the Soviet historians suppressed his contribution to arts. In the later years, Ballet Russes suffered losses and was deemed to be elitist and too intellectual. It didn’t quite enjoy the glorious success of the first few seasons.

Sergei Diaghilev was a homosexual and had a stormy affair with Vaslav Nijinsky. He was devastated when Nijinsky got married in 1913. The temperamental impresario dismissed Nijinsky consequently.

Most of the Ballet Russes dancers had a fond memory of him, remembering him as a solemn art connoisseur who devoted himself entirely to the cause of arts. Diaghilev suffered from diabetes for long and passed away on 19 August 1929 in Venice.