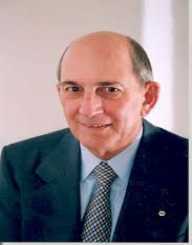 Samuel Bronfman was a Canadian businessman and a philanthropist who successfully ran Distillers Corporation Limited. Bronfman is an affiliate of the Canadian Jewish Bronfman family. In addition to being a businessman, he held the position of Jewish Congress until his demise.

The philanthropist, Samuel Bronfman was born on 27th February 1889 in Soroki, Bessarabia. His parents Mindel and Yechiel Bronfman were Jewish refugees.

Together with his parents and his seven siblings the family later migrated to Wapella Saskatchewan before moving to Brandon, Manitoba.

After a failed attempt to do Tobacco farming because of unfavorable climatic conditions, his father decided to venture in sawmilling business which later became a success.

The better part of Samuel Bronfman's old life was spent helping his father in the family business. Their success in sawmilling saw them venture into horse trading.

They later bought a hotel business in 1903. Through the hotel, they made profits by selling alcohol. The hotel later became a large scale alcohol distributor.

Having learned the tricks of alcohol business through his family, Samuel Bronfman founded Distillers Corporation in Montreal. Bronfman took advantage of the US ban on all alcoholic beverages.

Although the US government had prohibited the sale of the liquor, he managed to penetrate cities such as Boston, New York, and Chicago.

His company went on to purchase Joseph E. Seagram & Sons of Waterloo, Ontario in 1928 from Joseph Seagram.

Since the company was already successful, Samuel Bronfman found it easy to promote the brand. He renamed the company Seagram Co. Ltd.

The company became an international distributor not only on alcoholic beverages but also entertainment branch.

He made huge profits from an oil company he had purchased with $50 million and sold at $2.3 billion.

Samuel Bronfman married Saidye Rosnein on 21st June 1922. The couple went on to have four children together.

Samuel Bronfman established a family foundation named The Samuel and Sadie Bronfman Family Foundation in 1952.  In 1971, Bronfman helped in the set up of a building named after him at McGill University.

A museum in Jerusalem, Israel has established a wing named Bronfman Archaeology. It was built in honor of Bronfman and his wife.