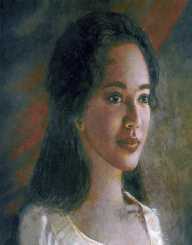 Sarah Sally Hemings was a woman of color and a slave of the former United States of America President, Thomas Jefferson. According to many historians, Sally and Thomas Jefferson were indeed lovers. After so many years of speculation and the truth being hidden from the light by Jefferson's family, the two had children. During her relationship with the president, Sally had five children. Most of the children came after the death of the president's wife, Martha Jefferson. After spending most of her years in slavery, Sally and her children got released as free people from the household of Thomas.

However, when their master John Wayles died, his daughter Martha and her husband inherited Sally and her mother. She and her other siblings grew up the plantation in Monticello. Jefferson's family trained Sally and her siblings to be servants in the main house. Apart from that, they also got to learn other skills like art. In their capacity as house servants, they were the highest ranking slaves at the plantation.

Sally’s master Thomas Jefferson got an appointment to be the American Representative in France in the year 1784. So, Thomas took his daughters along with him. Also, to get the help they needed, Thomas also brought along other slaves like Sally to help them. However, Sally only got to move to France after the death of the younger Jefferson's child. So, Jefferson sent for his other daughter alongside Sally.

After the move to France, Sally stayed with the family for almost 26 months. In France, they used to get wages paid to them as there was no slavery allowed there. Sally got to learn the French language while she was in Paris. Also, while in France, Thomas bought Sally and her brother James more great clothing's. While in Paris, just the age of 16 years, Sally got into a relationship with Thomas. At around the same time she got pregnant.

Moreover, during this affair, Jefferson's wife Martha had already passed away for some years. Sally and her brother James could have refused to go back to the United States with Thomas when he was leaving. However, Thomas convinced them that he would free them if they got to be 21 years of age. Moreover, the Hemings had all their family back in America. Therefore, leaving them as slaves did not make any sense to them.

So, after staying in Paris for some years with Jefferson’s family, Sally and she went with them back to America. Moreover, she was already pregnant by the time they were leaving Paris in the year 1789. However, the child did live for long after the trip from Paris. After Sally’s return to America, she got back to being a slave. However, she got her duties at the main house as a chambermaid, nursemaid-companion, and seamstress. Also, Sally got a room in the main house. Since Sally was a slave, she was not allowed to marry under the Virginia laws. However, as most slaves did at the time, she could have opted for common-law-marriage. However, Sally remained single. As time went by Sally gave birth to more children. Also, she made sure that she had her children nearby.

The time for the children to be set free came. So, Beverly got to run away from the farm. However, no one from the farm followed her. Some historians say that one of the overseers at the farm may have helped her escape. Also, they say that he gave her some money to help her on the way. Sometime later Harriet also went through the same procedure. At the point of leaving the farm, the girls might have run to the company of their elder brother James. After leaving the farm in Monticello, the two girls went to Washington where they married into good families. Moreover, they were almost white, and they did just beautiful blending in the white community.

There was much speculation on the father of Sally's children through history. However, there are some of the historians that deny that fact that Jefferson was the father. On the other hand, however, there has been substantial proof that Thomas was indeed the father of all the five children. Moreover, in the year 1930, there was a DNA analysis test that proved that Thomas was indeed the father of the children. This was because the DNA showed a strong tie to the lineage of Thomas Jefferson.

Furthermore, the DNA results showed that Thomas had a long-lasting sexual relationship with Sally. However, during his lifetime Thomas Jefferson had made a point of denying the allegations of having an affair with his slave Sally. Although, some of his family members did acknowledge that Sally indeed had a relationship with Jefferson.