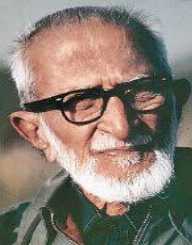 Salim Ali was born on 12th November 1896, to Moizuddin and Zeenat-un-nissa. He was born in Bombay, India. He had eight siblings, and he was the youngest in the family. Sadly, his father died when he was just one year old, and his mother died soon after when he was three. The children were raised by an aunt and uncle.

As a youngster, Ali shot a bird for sport with his toy air gun. It just happened to be a sparrow with unusual coloring. It was identified by W.S. Millard, who was secretary of the Bombay Natural History Society (BNHS) at the time.

He showed Ali their collection of stuffed birds at the Society and offered to train him in practice. Millard also lent books to Ali on the subject. It had a profound impact on Ali, and even at the age of ten, Ali was already keeping a diary on birds.

After high school, Salim Ali attended St. Xavier’s College in Bombay. He only just passed his exams due to illness during the first year. Ali dropped out of college after the first year and headed to Burma to manage the family’s tungsten mine and timber business which was located there. The surrounding forests enabled Ali to continue with his naturalist skills. He was also a keen hunter at the time as well.

In 1917, after several years in Burma, Ali returned to India, and once again, took up formal studies. He enrolled at Davar’s College of Commerce and studied commercial law and accounting. He was encouraged to take up the study of zoology as well, so would attend his business classes in the morning, and then go to St. Xavier’s College afterwards to do his zoology studies.

After finishing the further study, Salim Ali was unable to secure an ornithologist’s position that was available at the Zoological Survey of India. He took up a job as a guide lecturer instead. He started in 1926 but left two years later.

He found himself a research position in Germany, at the Berlin Zoological Museum. He studied under Professor Erwin Stresemann. During his time in Germany, Ali gained much experience and met many talented ornithologists of the day. Ali returned to India in 1930.

Salim Ali moved a couple of times, studying birds as he went. He then had the opportunity to conduct in-depth surveys through various States, with the sponsorship of the relevant rulers at the time. He was also assisted by Hugh Whistler, who had, himself, already done extensive research.

Ali’s wife went with him on many of his earlier surveys, and he missed her dearly when she died unexpectedly in 1939.

Salim Ali's interest was studying birds in their natural habitat, not the taxonomy side of things. He had become friends with a Singaporean named Loke Wan Tho, whom he went with to photograph birds. Tho was a wealthy businessman and financially supported the BNHS.

Over the years, Ali remained very involved with the BNHS and was also instrumental in the development of bird studies in India. He has encouraged students in the field of ornithology and lobbied about national parks in India.

Salim Ali has written many articles over the years, many appearing in the BNHS journal. He has also written several academic books, most of which are still in print. His most famous work, although not his major work was The Book of Indian Birds (1941). Since its initial publication, the book has been translated into several languages, with many editions printed.

Ali wrote his autobiography, The Fall of a Sparrow, which was published in 1985.

Salim Ali's major work, in conjunction with Sidney Dillon Ripley, was the ten-volume, Handbook of the Birds of India and Pakistan. The volumes were started in 1964, and not completed until 1974.

Salim Ali received several honors and awards, some of which included:

Salim Ali married Tehmina in 1918. She was a distant relative. The two were devoted, and Ali was devastated by her unexpected death in 1939.

The Indian Government established the Salim Ali Centre for Ornithology and Natural History (SACON) in 1990.

The government of Goa established the Salim Ali Bird Sanctuary.

There are other sites named after him, as well as a rare species of bat.