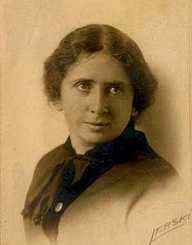 Rose Schneiderman was one of the great luminaries of women rights in the American labor system. She sacrificed her own happiness for the empowerment of women across the US.

Rose Schneiderman was born in Poland to Jewish parents on April 6, 1882. At birth, she was named Rachel but later changed to Rose. The first child in the family of four siblings, Rose was the daughter to Samuel and Deborah Schneiderman. Due to their educationist nature, her parents broke ranks with tradition and sent her to school. The local Jewish school was primarily for young Jewish boys. Due to the stigmatization in the school, Schneiderman was later transferred to another local Russian school.

Like many of the Eastern European families, her parents relocated to the USA in 1890. Schneiderman never grew up with her father. At the age of 10, her father passed away in New York. With her father dead, her mother found it hard to provide for the family. Schneiderman and the other siblings were taken to several Jewish children’s homes. In 1895, while at the age of 13, Schneiderman dropped out of Houston Grammar School in her sixth-grade tuition fees.

Rose Schneiderman was then employed as a cashier in two selling store. Though the work as a cashier seemed decent, the pay was not so good. After three years of working as a cashier, she was introduced by a friend to a factory line. At Hein & Fox, she started making caps. To hasten the speed of production Schneiderman and others decided to source stitching machines for the caps. Fate would turn against them when the factory burned down. In the blaze, all the 150 stitching machines were destroyed.

In 1902, Rose Schneiderman and her siblings moved to Canada. They stayed in Montréal for a year before returning to New York. Having seen the worker's organizations thriving in Canada, she decided to try it in the US. Since the men had their own unions, women were left to the mercies of the factory owners. In 1903, she organized the formation of the United Cloth and Cap Makers union in New York. She then encouraged other women to join in elective posts to bolster their influence. Her leadership influence got her elected as a member of the executive board.

Two years later, she joined the national umbrella body for women labor unions. Now a member of the Women’s Trade Union League, she successfully organized two labor strikes in 1909. In the next decade, she was deeply involved in the movement to improve the working environment of women in American workstations.

Rose Schneiderman was a devout feminist. To enhance the lives of women, she decided to join the National American Women Suffrage Association. This was a movement fighting for the economic and political empowerment of women in the USA. In 1917, the New York State gave its women citizenry the right to vote for the first time. This was a significant victory for Schneiderman and her colleagues in the NAWSA.

Rose Schneiderman was a founding member of the American Labor Party. In the 1920 elections, she ran for a Senatorial post. She came in a distant third. Switching camp to the Democratic side, Schneiderman became a close ally to the Roosevelt’s. When Franklin Roosevelt became president in 1933, Schneiderman’s star rose again. She was one of the president’s advisors on labor matters for four years.

In 1937, she went back to New York. For the next seven years, she became a member of New York’s administration. She retired in 1944, having served as the state’s Secretary of Labor. During her time in the state cabinet, she enhanced the economic and sociopolitical welfare of its women. Using her friendship and political influence, she helped in the relocation of Jewish families from Nazi Europe.

Having retired from active politics, she continued with her involvement in the labor rights movement. She stayed at the helm of Women’s Trade Union League until 1955. She spent her final years lecturing and lobbying for labor rights groups in New York and across the US.

After her eventful life in the US, Rose Schneiderman passed on at the age of 90 in New York. The official report says she died on August 11, 1972.

With her fighting spirit, Rose Schneiderman rose from a humble immigrant girl to one of the pioneer women rights leaders in the US. Her life was well documented in her memoirs All for One, which was published in 1962.