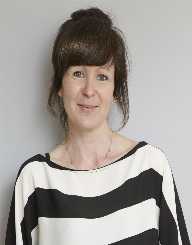 Acclaimed writer Dame Emilie Rose Macaulay was born on August 1, 1881, in Rugby, Warwickshire, the United Kingdom to George Campbell Macaulay and his wife, Grace Mary. She was the second child, and amongst her five siblings, there were three sisters and two brothers. Her father was a classical scholar, literary critic, translator and was working as an assistant teacher in a Rugby school when Rose was born.

In 1887, George left the job of a school teacher and went to a small fishing village of Varazze located on a coast southeast of Genoa, Italy. The relocation was done as part of a sincere attempt to recuperate his ailing wife who was suffering from tuberculosis. The damp British climate was aggravating her deteriorating health.

Rose Macaulay grew up in Varazze as a hoyden mostly educated by her parents at home with an aspiration to join the Navy in future. She briefly attended an Italian Convent School in 1892 during her stay in Varazze from 1887 to 1894. She was enrolled in the Oxford High School for Girls in 1894 when her family returned to England in the same year and studied there until she graduated in 1899.

Rose Macaulay attended the Somerville College at Oxford University and studied Modern History between 1900 and 1903. After completion of her education, she returned to her parental home at Ty Isaf, near Aberystwyth, in Wales and started her career as a novelist. Later, she accompanied her parents to Cambridge where her father joined as a lecturer in English.

Rose Macaulay started her career as a novelist while staying with her parents in Aberystwyth. Her first novel ‘Abbots Verney’ was published in 1906. She continued to pursue her writing career and published many novels including ‘The Furnace’ in 1907, ‘The Secret River’ in 1909, ‘The Valley Captives’ in 1911 and ‘Views and Vagabonds’ in 1912 without much response from the readers. The books were largely unsuccessful. Her first successful novel ‘Lee Shore’ was published in 1912 and was awarded the first prize in the best novel competition sponsored by the publisher Hodder and Stoughton.

Rose Macaulay joined the British Propaganda Department during World War I, initially as a volunteer nurse and later as a civil servant in the war office. During the wartime, she wrote a novel titled ‘The Making of a Bigot’ (1914) and published a compilation of poetry titled ‘The Two Blind Countries’ (1914). She focused more on prose and highlighted the irrationality of the time succeeding the World War I.

Rose Macaulay wrote a series of satirical comic novels and came up with her best-selling book ‘Potterism’ in 1920. She followed the success by publishing ‘Dangerous Ages’ in 1921, ‘Mystery at Geneva’ in 1922, ‘Told by an Idiot’ in 1923, ‘Orphan Island’ in 1924, ‘Crewe Train’ in 1926 and ‘Keeping Up Appearances’ in 1928. Among these novels ‘Told by an Idiot’ is considered to be a great work and was successful to a considerable extent.

Rose Macaulay also donned the hat of a journalist and essayist besides her regular career as a novelist. A compilation of her best works in this category was published in two volumes titled ‘A Casual Commentary’ (1925) and ‘Catchwords and Claptrap’ (1926). With these publications to her credit, she was deemed as a respected literary figure of her time. She wrote a historical novel ‘They were Defeated’ in 1932 based on the life of poet Robert Herrick. She published some more literary works in the 1930s. Prominent among them were ‘Staying with Relations’ (1930), 'Going Abroad’ (1934), 'I Would Be Private’ (1937), ‘Personal Pleasures’ (1935) and ‘The Writings of E. M. Forster’ (1938).

Rose Macaulay served her country working as a voluntary ambulance driver during the World War II. Unfortunately, her entire library and belongings were destroyed when her house was bombed by the enemy bomber aircraft during the war. She authored ‘And No Man's Wit’ in 1940 and took a long break during the war. She wrote a travelogue titled ‘They Went to Portugal’ in 1946 after the Second World War got over. Following that, she authored ‘Evelyn Waugh’ (1946) and ‘Fabled Shore: From the Pyrenees to Portugal By Road’ (1949).

Rose Macaulay's 1950 novel ‘The World My Wilderness’ was a stark reminder of the vagaries of life post the World War II. She authored her last novel ‘The Towers of Trebizond’ in 1956. The novel is considered to be her masterpiece work, a literary magnum opus of her acclaimed writing career concluding her journey in the world of fiction writing gloriously.

She accepted an honorary D.Litt. From Cambridge University in 1958.

Rose Macaulay was awarded the ‘James Tait Black Memorial Prize’ for best novel in 1956 for ‘The Towers of Trebizond.’

She was bestowed with the honor of the ‘Dame Commander of the order of the British Empire’ in 1958.

Rose Macaulay is remembered by her friends as a lively person who was addicted to parties, was incredibly generous, a fearless traveler and a quick-witted woman who had a silver tongue. She never got married and remained a spinster throughout her life. However, she had a secret romantic relationship with Gerald O’Donovan, a middle-aged married man who was also a novelist and an Irish Catholic ex-priest. They met at the height of the World War I in the Department of Propaganda during the winter of 1918-19. By 1920, they fell for each other and committed to live together. They adhered to their commitment until the death of Gerald in 1942.