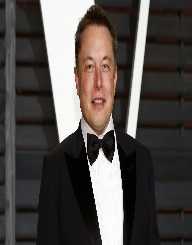 Born on June 5, 1941, Robert Kenneth Kraft is a prominent American entrepreneur, chairperson and chief executive of the Kraft Group and a philanthropist.  The Kraft Group is a diversified holding company, which is involved in several ventures including paper and packaging, private equity portfolio, sports and entertainment and real estate development. With his interest in sports, Robert also has sports holding including New England Patriots of the National Foot League, New England Revolution of the Major League Soccer and the Gillette Stadium. As of 2016, the net worth was estimated at $5.2 billion.

Robert Kenneth Kraft was born on June 5, 1941, in Brookline, Massachusetts, the United States to an Orthodox Jewish family. His father was Harry Kraft, a dress manufacturer in Chinatown, Boston. With their strong Jewish background, Robert’s parent wanted him to become a rabbi. Growing up in Brookline, he started and his education at the Edward Devotion School and continued at Brookline High School graduating in 1959. While there, he was appointed the senior class president.

Though Robert Kraft was enthused with sports and wished he participated, his after-school Hebrew studies and the observance of the Sabbath prevented him from enjoying the game. After graduating from high school, he enrolled at the Columbia University. He joined the Zeta Beta Tau Fraternity while the and was also appointed the class president. He also participated in sports by playing running back and safety in the school’s freshman and lightweight football teams.

Robert Kraft graduated in 1963 and did an MBA at Harvard Business School, graduating in 1965. In 1968, he was elected as chairperson of the Newton Democratic City Committee. Two years on, he decided to enter into politics by contesting Philip J. Philbin to represent Massachusetts at Congress. He, however, rescinded the decision citing privacy issues. The suicide of his friend State Representative H. James Shea, Jr. further discouraged his interest in politics.

Robert Kraft started his professional career in his father-in-law Jacob Hiatt company, Rand-Whitney Group in Worcester, which was into the packaging. Through a leveraged buyout, Kraft gained control of the company in 1968. He then founded International Forest Product, in 1972, which dealt in physical paper commodities. The Rand-Whitney Group and International Forest Products combined was the largest private paper and packaging company in the United States.

In 1997, the International Forest Product was at the top 100 US exporter and importer and number 20 on the Journal of Commerce in 2013. He also invested in New England Television Corporation, which took over WNAC-TV in 1982. He was appointed a director of the board in 1983, and the station later became the WNEV-TV. Kraft became the president of the corporation in 1986. Acquiring several other interests in other areas, he placed them under one umbrella by forming the Kraft Group in 1998.

Robert Kraft was not able to enjoy sports in school as he wished but his interest in the game remained. In partnership with other investors, they purchased the Boston Lobsters of World Team Tennis in 1974. The group of investors was able to porch top players, including Martina Navratilova making the Lobsters one of the best in the World Team Tennis. The team folded up following the 1978 season as announced by Kraft. The league also folded up in a short while.

Robert Kraft then unsuccessfully tried to purchase the New England Patriots on two occasions. He wanted to buy it from the Sullivan family in 1988, who was at the time bankrupt. He was also a bidder for the Boston Red Sox and the Boston Celtics. The Sullivan’s instead sold a controlling interest of the Patriots to Victor Kiam in 1988. Kraft, on the other hand,bought the Sullivan Stadium for $22 million including it being leased to the Patriots. Kiam after some bad investments also sold the Patriots to James Orthwein in 1992. Orthwein then decided to buy out the lease of the stadium from Kraft for $75 million in 1994, which he refused. The purchase would have paved way for Orthwein to move the team to St. Louis. Orthwein lost interest in operating the team in New England so decided to sell it and Kraft took advantage of that.

Robert Kraft finally bought the team for $172 million, which was the highest purchase of a sports team at the time. The Patriots have since then always sold out its season ticket for every home game including preseason, regular season, and playoffs. With the finance of the state of Massachusetts infrastructure funds, a new stadium was built in Foxboro for the team. Kraft later in 2002 financed the building of a $350-million stadium, which was initially called CMGI Field and now the Gillette Stadium.

Robert Kraft further developed lands around the stadium in 2007, with $375-million open-air shopping and entertainment centre called Patriot Place. The team under Kraft has won several titles made more than 16 appearances in playoffs in 33 years. Kraft ventured into soccer by forming the New England Revolution of the Major League Soccer in 1996. The team also use the Foxboro for their games.

Robert Kraft and his family have been deeply involved in charity works and have donated over $100 million to education, health, child and women issues, American and Israeli causes and youth sports development. He pledged $20 million to Partners HealthCare to launch the Kraft Family National Center for Leadership and Training in Community Health in 2011. This was to provide improved healthcare at community health centresinNew England.

His donations have benefitted institutions like the Columbia University, The College of the Holy Cross, Harvard University, Boston College, Brandeis University and Tufts University among several others. He has also supported the American Football Israel with initiatives like the Kraft Family Stadium in Israel and the Kraft Family Israel Foot League. Kraft contributed $6 million to the building of the first ever regulation size American football field in Israel in 2017.

Robert Kraft was married to Myra Nathalie Hiatt in June 1963. The two had met at a delicatessen in Boston’s Back Bay on February 2, 1962. The couple had four children, Jonathan A. Kraft, Daniel A. Kraft, Joshua Kraft and David Kraft. Myra died from ovarian cancer on July 20, 2011, aged 68. He then started a relationship with actress Ricki Noel Lander in June 2012.

Robert Kraft has received several awards, including the John Jay Award by Columbia University, 1987, Columbia University Alexander Hamilton Medal, 2004, Theodore Roosevelt Award, 2006, George Halas Award, 2012, Carnegie Hall Medal of Excellence Award, 2013 and an honorary doctorate in humane letters from Yeshiva University. He was inducted into the American Academy of Arts and Sciences in 2011.