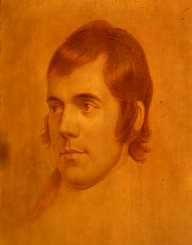 The Scotland cultural history is not complete without the input of Robert Burns work. He is considered to be the famous character and at the center of the Romantic Movement that is well known across the world and we appreciate to date. Many western thinkers draw inspiration from his many works long even after his death. He is known for rewriting the Scottish folk songs and lyrical poetry that constitute much of their cultural history.

Being the eldest son of Agnes Broun and William Burns, Robert Burns was born on 25th January 1759. He was encouraged to read more content from contemporary writers and others like Milton and Shakespeare, after getting some primary education. Coming from a low-income family, he mostly engaged in farm work that eventually affected his health. That is why he started writing poetry as a way of condemning that daily lifestyle. His father passed on in 1784 a poor man that made Burns critically question the political establishment and religion that led to different classes in the society.

Between 1784 and 1788, Robert Burns engaged in illicit relationships that sired several illegitimate children. The first child was fathered in 1785 out of wedlock to their servant Elizabeth Paton. He was courting Jean Amour at the same time, became pregnant too. Though he had plans to marry her, the girl's father forbade the two. The rejection pushed him to date Mary Campbell and had plans to run away with her to the Caribbean. The plans changed when Mary passed on suddenly.

The illicit relationships did not stop him from pursuing his writing passion. In 1786, the significant volume of Robert’s poems and verses were published. The publications attracted praise from all corners of Scotland across the existing classes. The success motivated him to stay back, and he moved to Edinburgh to enjoy the sudden fame.

Robert Burns’ illicit relationships continued in Edinburgh. Unable to build a relationship with his girlfriend Agnes McLehose, he seduced and bore a son with Agnes’ servant. Business wise, he partnered with James Johnson who was a music publisher and came up with Scots Musical Museum that included a collection of Scotland's traditional music.

He was not into urban life and opted to settle at Ellisland in 1788 where he married Jean Armour. They had nine children, out of which only three survived infancy. In 1791 to 1793, he published works like Tam O'shanter, the Battle of Sherramuir, A Red, Red Rose, and contributed to the actions of George Thomas.

Three years before his death, Robert Burns was more concerned about radical reforms in his home country and the French revolution that was happening abroad. What pained him is that neither did his friends or neighbors shared his sentiments and ideologies and did not see the reason for reforms. All along his life, he had had heart conditions that never guaranteed him good health.

On 21st July 1796, Burns died aged 37 in Dumfries. The funeral was conducted on 25th July; the same day his son named Maxwell was born. A publication of his poems was done in the commemorative edition to raise money for his widow and children.

Robert Burns developed the notion that we can effect change using our intelligent minds instead of waiting for change to happen. He was a man full of intellect and the founder of the Romantic Movement. The earliest founders of liberalism and socialism draw inspiration from his works. To date, he is considered the national poet of Scotland and January 25th is set aside every year for the celebration of his actions and contributions. That day is called the "Burns Night."