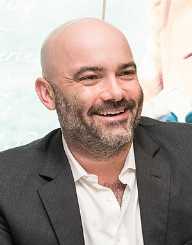 Richard  Parsons was born 4th April 1948, to Lorenzo and Isabelle Parsons. He was born in Brooklyn, New York, United States, and was one of five children.

Richard  Parsons did very well in school and was so intelligent he was able to skip grades in both elementary and high school. After high school, he studied at the University of Hawaii but pulled up seven marks short of achieving his graduation.

He did find out though, that he could enroll at Albany Law School in New York without a college degree. The only proviso was that he scored high enough on the pre-law exams. Parsons was accepted at the law school, and graduated in 1971, at the top of his class.

After graduation, Richard  Parsons went to work at the New York State Legislature, from where he joined the staff of Nelson Rockefeller, who was New York Governor at the time. Parsons worked as a lawyer on staff.

In 1974, Rockefeller became Vice President of the United States, and Parsons moved to Washington D.C. as well and began work for the then President, Gerald Ford. He made other useful connections during his time at the White House, including meeting Rudolph Giuliani, and Harold R. Tyler. The connection with Nelson Rockefeller would serve Parsons well in upcoming years.

Richard  Parsons went back to New York three years later, in 1977. He joined a law firm, Patterson Belknap Webb & Tyler. Giuliani also worked at the same firm. Parsons was with the law firm for 11 years, during which time he became a partner, and one of his high-profile clients was Happy Rockefeller, the widow of Nelson. Nelson had died in 1979.

Harry W. Albright Jr., a former aide of Rockefeller, invited Richard  Parsons to become the Chief Operating Officer of the Dime Savings Bank of New York in 1988. Parsons accepted. He later became Chairman and CEO, and during his tenure oversaw a merger with the Anchor Savings Bank, which proved very financially beneficial for him.

In 1991, Richard  Parsons was invited to join the Time Warner board. He had been recommended by Laurance Rockefeller, brother of Nelson. He went on to become President of the company in 1995 and oversaw the merger of Time Warner with America Online in 2000. The following year, Parsons was appointed CEO upon the retirement of Gerald Levin.

Richard  Parsons left Time Warner in 2008, and became Chairman of Citigroup in 2009, stepping down from the position in 2012.

Over the years, Richard  Parsons was also involved in the political arena.

He was selected by President George W. Bush in 2001, to co-chair a commission into social security.

In 2008, Richard  Parsons was appointed as one of the economic advisors to President Barack Obama.

Over the years, it has been very apparent that Richard  Parsons has great acumen for business and economics. Not only advising presidents, but overseeing two very substantial mergers, first during his tenure at the Dime Savings Bank of New York, and then during his term at Time Warner. This was then topped by taking the helm of Citigroup and seeing it through a tough period after the subprime mortgage crisis.

In 2009, after an affair with MacDella Cooper, he had another child.

Chairman Emeritus of the Partnership for New York City, established by David Rockefeller

As well as all his work with the Rockefeller and associated philanthropies, Richard  Parsons also became Chairman of the Board of Directors of the Jazz Foundation of America in 2007. The Foundation works to assist elderly musicians from the jazz and blues genre, saving their homes and helping them live. One recipient of the foundation’s work was Fats Domino.