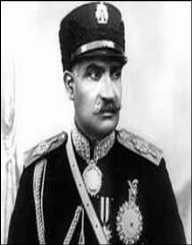 Rez? Sh?h was born on March 15th, in 1878. He was famous for being Iran’s Shah from December 15th, 1925 to September 16th, 1941. He did not leave the throne freely as he was renounced by the Anglo-Soviets.  Reza was credited for having established the Pahlavi dynasty. The previous dynasty that he ended was called the Qajar dynasty. This dynasty had been on the throne for about a century.

Rez? Sh?h alias Reza Shah Pahlavi was born on March 15th, 1878 in M?zandar?n Province in a village called Alasht. He was the son of Noushafarin Ayromlou and Major Abbas Ali Khan. After about eight months after his birth, Reza’s father passed away. His mother decided to take them to Tehran where his brother lived. In 1879, Noushafarin Ayromlou got married again. She left Reza to be taken care of by his uncle.

After a few years, in 1882, Rez? Sh?h's uncle sent him to Vartan Gorguekoohi, who was a family friend. Gorguekoohi was a Persian army’s officer. This gave Reza an opportunity of joining the army when he was 16 years old. During this time, he became a member of Iranian Cossack Brigade.

Later, he went on to offer his services in the Iranian Army. His rose up his military ranks, and he was soon regarded as the gunnery sergeant. Prince Abdol Hossein of Qajar was his commander when he served this post. Shortly after, Reza earned his promotion into the shoes of a First Lieutenant. The following year, he was still promoted into captainship following his adeptness in gun handling. Things kept on improving in his military career and by 1915; he had risen to the point of becoming a colonel. Soon, he was given the title of a Brigadier General.

After the Russian Revolution which occurred in 1917, the Soviet Russia and Britain actively competed against each other over who would bring a significant influence on Iran. Three years later, it was evident that the Soviets and the British forces commanded a more substantial portion of Iran. During this time, Iran had merely become a battleground. The government had grown weak thus giving the Soviets and the British an opportunity to dominate Iranian lands.

There was a political crisis which occurred in Iran during the late 1920s. This was as a result of the unrest caused by the Soviets as they prepared to march to Tehran. Early next year, in 1921, William Edmund Ironside, the British General, appointed Rez? Sh?h to command the brigade. This was followed by a successful seizing of the capital.

After this triumph, Reza Shah dissolved the previous government. He later took over as the Iranian Army Commander. He also served as the Minister of War.

After being supported by the British militants, Rez? Sh?h had earned power in most of Iran’s strongholds by 1923. Shortly after this, he was appointed to serve as the Prime Minister. He later exiled Ahmad Shah out of Iran to Europe. This was a move that would guarantee that he was quickly awarded dictatorial powers in Iran.  To ensure that he was sure about his ambitions, he came up with a federal cabinet that would push for his reforms. By 1925, Reza had succeeded in his mission of pushing out Ahmad Shah thereby instating him as Iran’s Shah. On December 12th, 1925, Majlis crowned Rez? Sh?h as the Shah of Iran. After taking his oath three days later, this meant that he was the first king/shah from the Pahlavi dynasty.

In April the following year, he was coroneted. Consequently, he adopted the name, Reza Shah Pahlavi. During this time, he had a son named Mohammad Reza Pahlavi. He also crowned him the Prince of Persia during his coronation. Exercising his dictatorial style of leadership, Reza sent home a number of ministers while imprisoning and executing others.

With time, people began showing signs of dissatisfaction in the way in which Rez? Sh?h ruled the nation. He also frustrated the Soviets and the British by linking up with the Germans. Trade relations with the Germans had heightened and this hugely disappointed former substantial trade partners, i.e., the British and Soviets.

An invasion into Iran soon followed in 1941. The British and the Soviets had joined forces, and therefore the Persians quickly surrendered. In a move to preserve the Pahlavi dynasty, Reza surrendered.

In 1894, Rez? Sh?h wedded Maryam Khanum. They were blessed with a daughter named Hamdan Saltaneh Pahlavi. Sadly, Maryam passed away in 1904. Reza second marriage was to Tadj ol-Molouk. This occurred in 1916. Together, they had four children. One of the four kids was Mohammad Reza Shah Pahlavi who succeeded him as the next Shah. In 1922, he married Amir Soleimani as his third wife. This marriage, however, came to an end after a year. His fourth marriage was to Esmat Dowlatshahi. They had five children in their relationship.

Rez? Sh?h breathed last in July 26th, 1944. He had been suffering from a heart-related disease leading to his death at the age of 66.