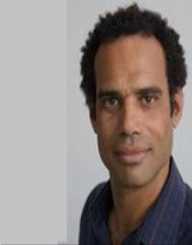 Politician Ralph Regenvanu was born on Malekula Island, the second largest island in Vanuatu, on the 20 September 1970. Regenvanu’s mother Dorothy Rutter was Australian born and his father Sethy Regenvanu is from Vanuatu. Regenvanu has four brothers. His father Sethy later became a prominent politician. When Regenvanu was three years old, the family moved to his mother’s homeland, Australia. They spent a few years in Australia before returning to Vanuatu.

Initially, Ralph Regenvanu attended school in Australia, at the Brisbane Grammar School. Later, when the family moved back to Vanuatu, he transferred to Malapoa College, Port Vila. Regenvanu then studied to be an anthropologist at the Australian National University. He graduated with honors in 1991. Later, he studied law at the University of the South Pacific and graduated with a Bachelor of Law in 1991. He was awarded the Gold Medal for the best law graduate of 2011. He was appointed became a member of the Emalus Campus Advisory Board in later years.

After graduating as an anthropologist in Australia, Ralph Regenvanu returned to Vanuatu and took up a position as a curator at the National Museum of Vanuatu. His work involved documenting cultural sites throughout the islands. This work led to the foundation of the Vanuatu Cultural Research Policy (1992). Another initiative he was involved in was the establishment of the Pacific Islands Museums Association (1994). Once established, in 1997, he was one of the first members of the Executive Board (1997-2009). As an anthropologist, he focused a lot of energy into the balance between the preservation of cultural heritage and the need for economic development. His philosophy is that there need to be serious negotiations between traditional cultures and western values before sustainable development can be achieved.

Ralph Regenvanu was elected as an independent in 2008. Then in 2010, he then formed, Graon mo Jastis Pati (Land and Justice Party).

An area Ralph Regenvanu become interested in was traditional law, and he was involved in the Juvenile Justice Project (2000). After a very successful media campaign highlighting the issues that he was concerned about in Vanuatu, Regenvanu was elected to parliament as an independent representing Port Vila 2008. He won with a record number of votes. At one stage he used his parliamentary allowance to assist young people, with business funding and scholarships.

Ralph Regenvanu also held the post of Director of the Vanuatu National Cultural Council from 1995 until December 2010. Culture, Art, and Music. Apart from his political involvement and activities, Regenvanu is a well-respected artist and illustrator. He is also a musician, having started playing in bands during his time in Australia. He was instrumental in founding the Fest’Napuan, an annual music festival in Vanuatu. Since inception, the festival has continued to grow and is now considered one of the major music festivals in the South Pacific region.

The French Government presented Ralph Regenvanu with the French Knight in the Order of Arts and Letters in 2006. The award was for his contribution to the arts and culture in Vanuatu. He was awarded the title of Caretaker of the Sacred Nakamal b Chief Mattias Batick on behalf of the Nende people of South West Bay, Malekula Island, Vanuatu.

There was a controversy three months after his election when he was charged with having assisted prisoners to escape from goal. These charges were dropped.

Apart from his political career, Ralph Regenvanu is a well-respected artist and musician. He is also an anthropologist and has been recognized for his involvement and contribution to culture Vanuatu. He has represented Vanuatu at UNESCO where he has contributed to various projects including the Convention for the Safeguarding of Intangible Cultural Heritage.