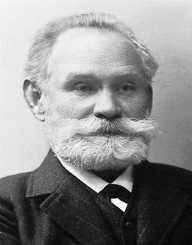 Robert Barany was born 22nd April 1876, in Vienna, Austria. He was born to Ignac Barany and Maria Hock. He was one of six children, and his father was a banker and estate manager.

Robert Barany studied medicine at Vienna University and graduated in 1900.

After graduating, Robert Barany moved to Frankfurt. He became an assistant at Stadtisches Krankenhaus, reporting to Professor Carl Harko von Noorden. He stayed for a year, studying internal medicine.

He then returned to Vienna, and studied surgical training at Vienna General Hospital, under Professor Carl Gussenauer.

While working as a medical practitioner, Robert Barany was treating a patient which gave some unexpected results. Robert Barany continued to do experiments in ‘caloric reaction.’ The results of his experiments enabled vestibular organ diseases to be operated on.

During World War I, Robert Barany served as a civilian surgeon in the Austrian army, and during this time he was captured by the Russian army.

Robert Barany was awarded the Nobel Prize in 1914, but due to being in a prisoner of war camp, was unable to accept it. Prince Carl of Sweden and the Red Cross entered negotiations with the Russians, and in 1916, Barany was successfully released.

After his release, Robert Barany joined the Uppsala University Faculty of Medicine as a Professor and remained there until his death.

1914:   Nobel Prize in Physiology or Medicine – collected in 1916 upon his release from a prisoner of war camp

Robert Barany married Ida Berger in 1909, and the couple had three children.

All three children followed their father into medicine and science. His eldest son, Ernst, was a doctor, and a Professor of Pharmacology at Uppsala University. His younger son, Franz, was an Assistant Professor of Medicine at Caroline Institute in Stockholm, and his daughter, Ingrid, became a psychiatrist.