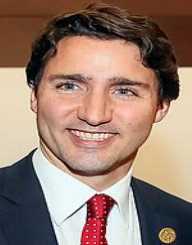 Pierre Trudeau was a Liberal Canadian Politician who became the 15th Prime minister of Canada in 1969 at the age of 50. He held that position for 16 years.

On October 18, 1919, Pierre Trudeau was born to Grace Elliot and Charles- Emile Trudeau. He had two siblings, a sister and a brother Suzette and Charles Jr. His mother was French and Scottish, so Pierre grew up speaking French and English. He was born in Montreal, Canada. His father was a businessman and lawyer who sold a gas station business when Pierre was young; making his family wealthy by the time that he was a teenager.

Pierre Trudeau earned a law degree at the University of Montreal. While there during WWII he was drafted into the Canadian army as a part of the natural resource mobilization act. After WWII he went back to college earning a master’s degree in political economy from Harvard University graduate school of public administration.

Pierre Trudeau was a lawyer from 1951 to 1961. He dealt with labor and civil cases. Then in 1961, he changed paths to become a professor of constitutional law.

In 1965, Pierre Trudeau and a couple of his friends ran for a political office. All 3 of them won. So Pierre became minister of justice in his first primary political position. By 1966 he changed the divorce laws and liberalized the abortion laws and homosexuality. He legalized contraception and brought new gun ownership restriction laws.

In 1969 he ran for Prime minister and was elected due to the support from the teenage population at the time.

Upon being elected, Pierre Trudeau began fighting for universal health care. He also worked to reform national caucus meetings making them more efficient. He invoked the war measure act due to the 1970 October crisis. This gave the government the power to arrest without a trial. He helped to advance Canadian civil rights with their constitution.

Pierre Trudeau fought and won to keep Quebec a part of Canada. In 1981, the Canadian House of Commons allowed his reform to completely separate Canada from Britain. He resigned from politics in 1984 at the age of 65.

In 1971, Pierre Trudeau married Margaret Trudeau. They had three sons, Justin, Alexander, and Michel. They divorced in 1984 after 13 years of marriage. Pierre is said to have had a daughter with Deborah Coyne who was named Sarah.

Pierre is known to have dated high profile women during his life. Barbara Streisand and Margot Kidder are just a couple of them. Both are well-known actresses. Streisand is from America and Kidder is from Canada.

On September 28, 2000, Pierre Trudeau lost his battle with prostate cancer. He also was known to be suffering from Parkinson disease during this time. He died just before his 81st birthday. All of Canada mourned his loss during this time and paid tributes to his memory.