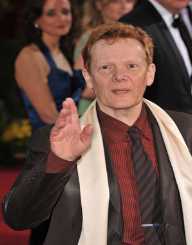 Philippe Petit is a French high-wire artist. Born on August 13, 1949, he is known for high-wire walking between the Twin Towers of the World Trade Centre, New York on August 7, 1974. 1971 he also high wire walk between the Notre Dame cathedral in Paris. The Notre Dame de Paris walk was without permission. His most popular wire-walk, Twin Towers was about 1300 feet above the ground of which he fitted200-kilogram cable with a custom-made 8-meter long, 25-kilogram balancing pole. He performed for 45 minutes on the wire, making eight passes along the wire amidst different daredevil moves. He was charged with trespassing after the walk but was later dropped. He then required to do free shows for children at the Central Park.

Philippe Petit has since performed across the United States, France, and other countries. He has also organized workshops on the art. He was the subject of the documentary Man on Wire, 2008, directed by James March and the children's book and an animated adaptation in 2005. In 2015, the film The Walk, starring Joseph Gordon-Levitt as Philippe Petit and directed by Robert Zemeckisbased on Petit's walk was released.

Philippe Petit was born on August 13, 1949, in Nemours, Seine-et-Marne in France. His father is Edmond Philippe Petit who was an Army pilot and an author.He was exposed to juggling and magic at a very young age and gained interest in climbing. His first wire walking was at age 16 when he walked on a tightrope wire. In an interview with a reporter, he reviewed that, he self-taught on everything he does on a wire. He said, he learned the chair on the wire, backward somersault, the front somersault, the bicycle, jumping through hoops and the unicycle. Petit stated, "What is the big deal here? It looks almost ugly, so I started to discard those tricks and to reinvent my art.”

On June 26, 1971, Philippe Petit staged an unauthorised walk between the two towers Notre Dame de Paris. He had secretly installed a cable between the two towers for the walk. Petit "pranced back and forth" and "juggled balls" to the amazement and applause from the viewing crowd. The act coincided with the ordination of some priests in the cathedral. Two years later, he wire-walk on the two pylons of the Sydney Harbour Bridge in Sydney Australia.

Philippe Petit first read about the construction of the Twin Towers when he was 18 years. He was a preview of the project drawings in a magazine while at a dentist's office in 1968 in New York. This was when he conceived his “coup” and starting planning to have a wire walk between the towers. He took about six years to plan as he learned about the details of the building. He learned how to sway on the high towers due to the wind, and with his collaborator, a New York-based photographer, Jim Moore, they rented a helicopter to take photographs of the aerial of the building. With his practice, Jean-Louis and Jean-François helped him through in a field in France.

A German juggler, Francis Brunn, also assisted him financially. To have access to the building, Philippe Petit made fake IDs for himself and the team and claimed they were there to install an electrified fence on the roof. With some failed attempts they finally had access to the 110th floor and rigged their equipment to the roof on August 6, 1974.

Philippe Petit gained popularity for his wire walking between the roofs of the Twin Towers of the World trade center, Manhattan in August 1974. Petit made a step on the wire some few minutes after 7 am local time. The walk was1,368 feet above the ground and he performed 45 minutes to the exciting crowd below. Within the 45 minutes, he made eight passes along the wire, dance, and lay down on the wire. The skilled and daredevil Petit in a kneeling position saluted the crowd below. The news of his stunt soon reached NYPD and PAPD officer who went to the roof to convince him to come down. He only came down after it started raining.

After coming down, he was slapped with trespassing and other related charges by the district attorney, which was soon dropped. In exchange for his freedom, he was asked to perform a free aerial show at the Central Park. He performed a walk on theTwin Towers' Observation Deck after the Port Authority of New York and New Jersey give him a live lifetime pass. He has also performed a high wire walk in the Park above Belvedere Lake.

Petit has performed several another high-wire walk since his famous Twin Towers walk. He performed on an inclined wire strung from the ground at the Place du Trocadero to the second level of Eiffel Tower crossing the Seine during the 200th anniversary of the French Revolution. During a performance with the Ringling Brothers Circus, he fell from 45 feet breaking several ribs Philippe Petit has been creating workshops across the world on various topics. He has written several books including A Square Peg, To Reach the Clouds, and an ebook for TED Books titled, Cheating the Impossible: Ideas and Recipes from a Rebellious High-Wire Artist among others. Petit is an artist in residence at the Cathedral of Saint John the Devine.

Philippe Petit's walk is the subject of the children’s book, The Man Who Walked Between the Towers, 2003, by Mordicai Gerstein. The book won a Caldecott Medal. An animated film adaptation of the book directed by Michael Sporn was released in 2005. In 2008, Philippe Petit was also the subject of the documentary film Man on Wire, 2008 directed by James Marsh. The film won World Cinema Jury and Audience awards at the Sundance Film Festival.