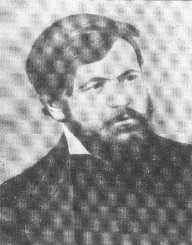 Peyo Yavorov was born in 1878 in Chirpan, in Bulgaria as PeyoTotevKracholov. His parents were Totyu Krachalov and Gana Kracholova. His father was initially a shoemaker, but later in his life switched careers twice for financial reasons. First, he turned to a job as a winemaker and then to a career of a merchant.

Even though the family was struggling financially, the parents motivated Peyo Yavorov to study. Peyo Yavorov’s interest in literature was first awakened as he was studying in school and was first introduced to the masterpieces of Pushkin and Lermontov.

Peyo Yavorov was not only a fan of Russian literature but also very much enjoyed the artworks of local Bulgarian writers, such as Zahari Stoyanov, Lyuben Karavelov, and Vazov.

Peyo Yavorov’s first work experience was in the year 1894 when he started to work as a telegraph operator. This job made Yavorov travel across Bulgaria a lot. The traveling only increased Yavorov’s interest in literature, as through traveling he learned several other authors from different areas in Bulgaria. Some of his first poems Yavorov managed to draft when he was traveling.

In 1900 the founders and members of Misalintellectual and literary group Pencho Slaveykov and Krastyo Krastev first noticed PeyoYavorov. They invited Yavorov to join them in Sofia to work. Undoubtedly, PeyoYavorov accepted this invitation and relocated to Sofia.

A year later PeyoYavorov published his first book of poems which was called “Stikhotvoreniya.”

Peyo Yavorov was interested in the Macedonian conflict; some of his first poems were inspired by the events happening during it. When he became an active member of the Misal group, he was also invited to work in Macedonia in the Internal Macedonian-Adrianople Revolutionary Organization.

Given his background, he accepted this and started often traveling to Macedonia in the period from 1902-1903. He was helping the organization with manifestos and some other literary editing work. This work he did until 1904 when he decided to return to Sofia.

In Sofia, Peyo Yavorov started working in the National Library, which gave him more time to work on his writing. He finished writing a biography about Gotse Delchev, as well as published a second edition of the previously released “Stikhotvoreniya.” The most exciting detail about the second edition of the book was the preface. Pencho Slaveykov wrote this preface.

Peyo Yavorov worked in the library for several years. He was working in several positions and did not stop working on his writing. He left work in the National Library in 1910.

Peyo Yavorov wrote several romantic poems. The reason for this was his own experiences and the two women in his life that had the most influence on him. The women were Mina Todorova and his wife, Lora.

One of the two great women of Peyo Yavorov was Mina Todorova. She was a sister of his friend from the missal group. He fell very deeply in love with her and was devastated when she passed away in 1910 due to severe tuberculosis.

Two years later Peyo Yavorov met Lora, the daughter of Petko Karavelov, and they got married in 1912. Their relationship was not comfortable, and they often had differences of opinion. One of the conflicts ended by Lora shooting herself and Peyo Yavorov shot himself.

Lora did not survive the shot, but Yavorov did, but ended up blind, as the bullet went through his temporal bone. PeyoYavorov was genuinely devastated by his wife’s death. He committed suicide too in 1914, by poisoning himself and shooting himself in the head at the age of 36.

The most popular works of Peyo Yavorov were published in the early 1910s. The first one was “Rebel Dreams” in 1908 which reflected on the time he spent in Macedonia and his experience with it. In 1911 he was surprised by the sudden death of his friend Mina Todorova, and he published “At the foot of Vitosha.”

Another famous work by Peyo Yavorov was a play “When Thunder Roars, the Echo is Lost.” The game itself was published in 1912 but first acted out on stage only in 1913.

After Peyo Yavorov’s death, several educational institutions in Bulgaria and one in Armenia were named after him. His name was also given to a mountain peak in Antarctica, on the Livingston Island.

The apartment he lived in Sofia was converted and is currently a museum. It became a museum in 1954, precisely at the 40-year anniversary of Peyo Yavorov’s suicide.