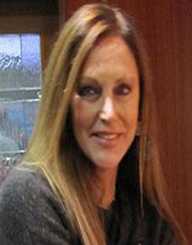 Peggy Fleming is a renowned American ice-skating champion who bagged the gold medal for the US in the 1968 Olympics.

She is married to Greg Jenkins, her high school sweetheart who also works as a dermatologist. Their union occurred on June 13, 1970, and produced two sons named Andrew Thomas and Todd.

Born on July 27, 1948, as Peggy Gale Fleming in San Jose, California, she is the daughter of Albert Eugene Fleming and Doris Elizabeth Fleming. She started learning the sport at the young age of 9 when her father took her alongside her sisters for skating. Her ice-skating hobby turned into an unplanned career in the sport which in turn led Fleming to won several awards that escalated to US titles and World Championships. Despite the hardships, her family supported her all throughout her career.

She suffered a loss at the age of 12 when her then-coach, William Kipp, was killed in a tragic plane crash in 1961. Kipp and the US figure skating team were onboard the plane for the 1961 World Figure Skating Championships when it crashed on Belgium.

As a result, a new coach took hold of her development as an athlete. Carlo Fassi took charge and was responsible for her routines which garnered her a number of prestigious awards. Under his tutelage, Peggy Fleming became the holder of five US titles and three other World Championship awards.

In 1968, she made history as the only Gold Medallist in the Singles Competition of the 1968 Olympics held in France. This created an impact on the United States since it signaled the revival of the sport instead of the tragedy that occurred in 1961.

After her win at the Olympics, Peggy Fleming shied away from the sport and focused on television appearances. Though she did not continue as an athlete, Fleming continued to skate as a performer taking part in the production of Nutcracker on Ice and Ice Capades to name a few.

At the 30th Anniversary of her Olympic triumph, Fleming was diagnosed with breast cancer. She managed to beat the disease through the use of radiotherapy. Luckily enough, she detected the tumor from its early stages, and the cancer cells went into remission. As a result, she became an advocate of breast cancer awareness and had dedicated not only her time but proceedings for the funding of the research of the disease.