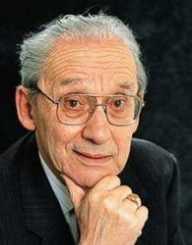 Paul Ricoeur is one of the most recognized philosophers of the 20th century. He lectured both in the U.S and France. It is thought that Ricoeur came up with most of his philosophic ideas during his captivity in the World War II.

Paul Ricoeur was born in Drôme, Valence, France on 27th February 1913. His parents were Léon "Jules" Ricœur and Florentine Favre. His family members were followers of Huguenot, a minor religious group in France.

At the age of two, Ricoeur's father, then serving in the French Army, went missing. He was declared dead on 6th November 1915. It was assumed that he was killed in the battlefield. His father's body was later to be found on a farm by tags. Following his father's death, Ricoeur was raised by his paternal grandparents.

Being raised in a religious setting helped Paul Ricoeur discover his passion for philosophy. He went on to study under Roland Dalbiez, a philosophy professor in Lycée de Rennes. He later graduated from the University of Rennes in 1932. After getting his degree he began studying philosophy, majoring in phenomenology.

He completed his thesis The Problem of God in Lachelier; it was a book Ricoeur shared his opinion concerning various French philosophers. His work earned him an award as the 2nd highest upcoming philosophers on aggregation mark, in France.

During World War II, Paul Ricoeur went to serve his country as an Army Officer in 1939. He was, however, captured together with his unit in 1940 during the German Invasion of France. He spent the next five years as a prisoner, which helped him build his philosophy career. He was captured with renowned intellectuals such as Mikel Dufrenne.

Between 1948 and 1956, Paul Ricoeur lectured theology in the University of Strasbourg. He later took a position as Chair of General Philosophy in Sorbonne. He then wrote Fallible Man, Freud, and Philosophy and The Symbolism. His work was later published in 1965.

He was appointed as an administrator in the University of Nanterre, a position he held until 1970.