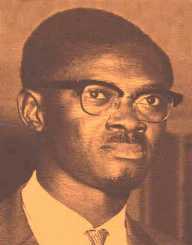 Patrice Lumumba was born on July 2nd, 1925. Back in the day, his place of birth was referred to as Belgian Congo. Today, it is called the Democratic Republic of Congo (DRC). Part of his fame came from the fact that he was the first prime minister of DRC immediately after it gained its independence on June 30th in 1960. A few months later Patrice Lumumba was killed in 1961.

At birth, Patrice Lumumba was given the name Élias Okit'Asombo. He was born in 1925 in one of the provinces found in Belgian Congo. During his early childhood years, he had a passion for literature. He strongly believed in the importance of learning which motivated him to read books that he borrowed while studying at the missionary school. After completing his junior education, he enrolled in the post office training school where he pursued a one year course. He passed with distinction. At this period, he had already raised his political interest more so as an activist.

With time, Lumumba learned different languages thanks to his frequent travels within his country. Sooner or later, he landed a job as a postal clerk in Kinshasa (Formerly known as Léopoldville). It did not take time before he left this job to become an accountant in another location. Aside from his working routines, he managed to engage himself in writing. This also contributed a lot to him gaining popular as he published his essays and poems. His nationwide recognition made him venture into political movements that were meant to save Africans from the harsh ruling of the Belgians.

In 1955, Lumumba became a member of Liberal Party of Belgium. His main duties here involved editing and ensuring that the party’s literature was well distributed. Shortly after, he helped in establishing the Mouvement National Congolais – which is French meaning for “Congolese National Movement.” Owing to his major influence on the party, he became its leader in 1958. This was a different party than others which had been there before. It did not focus on uniting people based on their ethnical backgrounds. On the contrary, it focused on bringing together people from different backgrounds. Additionally, its focus was to try and fight for the nation’s independence.

On June 30th, 1960, DRC gained its independence. During the same year, national elections were held, and Mouvement National Congolais won thereby having rights to create a government. Lumumba, at the age of 35, became the first prime minister for the DRC.

Patrice Lumumba married Pauline Opango in 1951. Together they had five children.

With the nation going through political turmoil after gaining independence, Patrice Lumumba was captured along with other ministers of his government. The government was under military control by Joseph Mobutu. The captives were later killed on January 17th, in 1961. The tragic death of the Congolese leaders went on to create international fury as it also affected foreign investment. Later on, the nation also went through decades of dictatorship under Joseph Mobutu.