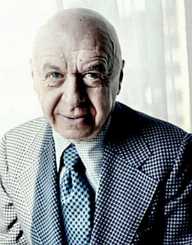 Otto Ludwig Preminger was an actor and director of stage and screen. He was born in the Austria-Hungary in 1905. His life there was complicated by the fact that his family was Jewish. The rise of the Nazis and the lure of Broadway prompted him to move to New York in 1935. His career took off from there and continued for fifty years. By the end, he garnered several Oscar nominations for his controversial films.

Otto Preminger was a born in a specific part of Austria-Hungary known as Wiznitz, Poland, but he considered himself Viennese. This may be because of his father, Markus Preminger. His father emerged as chief state prosecutor when the family moved to Vienna. Because of his family’s wealth and position, Preminger had access to the theater and mentors.

He obtained a law degree to please his demanding father, but the theater was in his blood. He became the next manager of the famous Theater in der Josefstadt while still in his twenties. It was there that he made a name for himself as a stage director.


Broadway, B Movies, and Broadway Again

Otto Preminger's arrival in New York in 1935 made a splash. He was a novelty with a good reputation. He directed Libel from 1935 to 1936. The fame was terrific, but he set his sights higher: Hollywood. He ended up working for Darryl Zanuck with Twentieth Century-Fox. Unfortunately, Preminger and Zanuck had different ideas. Preminger was given B movies to direct, rather than potential box office hits. He endured until Zanuck gave him a higher-budget film and argued with him about the work he had done.

Preminger lost his temper (which became his trademark) and lost his contract. Soon, it was clear to him that a new contract with other studios was not forthcoming, so he returned to New York. There, he returned to the stage as an actor and director for a few years. He found success in directing Margin for Error from 1938 to 1940 on Broadway.

Once he learned that Zanuck was no longer at Fox, Otto Preminger returned. He directed several films, including an adaptation of Margin for Error. Then came his big break; a movie called Laura. It was the adaptation of a suspense novel by Vera Caspary. In 1943, Zanuck made a sudden return to Fox. He pulled Preminger from the project, making him a producer instead. When the new director wasn’t working out, Preminger was eventually put back in place.

Otto Preminger was nominated for his first Oscar for best director. The picture was nominated for five Academy Awards altogether. It was the start of the best and most productive two decades of his career. He dabbled in film noir with Fallen Angel in 1945. He also made several literary adaptations, such as Forever Amber in 1947.

Otto Preminger was not known for superior people skills. His temper earned him the nickname “Otto the Ogre” and “Otto the Terrible.” His favorite targets were young, inexperienced actors. He seemed to thrive on controversy. Some of his most successful movies tackled topics considered taboo at the time.

His Oscar-nominated film, The Man with the Golden Arm, tackled the subject of drug addiction. Despite being in direct violation of the Motion Picture Association of America (MPAA) and their Production Code, his raw film garnered Frank Sinatra an Oscar nomination for best actor. Preminger didn’t stop there.

Anatomy of a Murder is considered a courtroom drama masterpiece. It tackled the subject of rape in uncomfortable detail for its 1959. Like the subject of drug abuse, this subject flew in the face of the Production Code. This film was nominated for seven Oscars. Preminger went on to garner another Oscar nomination for best director. This time, the film was The Cardinal in 1963.

In 1966, Otto Preminger made appearances as “Mr. Freeze” on the campy television show, Batman. By the late 1960s, many considered Preminger past his prime as a director. He made several films, but only a few were critical successes, such as Tell Me that you Love Me, Junie Moon. None of them had the box office draw of his early career. The industry had changed.

Otto Preminger married his first wife, Marion Mill, in 1932 while still in Europe. They divorced in 1949. His second wife was American Mary Gardner. They married in 1951 and divorced in 1959. His third and final wife had been his mistress. He married Hope Bryce in 1971, and the couple had two children. They remained married until his death. It was rumored that he had multiple affairs with various actresses along the way. Toward the end of his life, Preminger developed Alzheimer’s and lung cancer. He slipped away on April 23, 1986, while living in New York City.