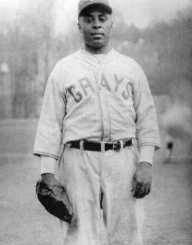 Oscar Charleston was an American baseball legend who played and coached a team in Negro Baseball League.

He was born on October 14, 1896, in Indianapolis. He was the seventh child of Tom Charleston. He began playing baseball as a child for Indianapolis ABCs. He joined the US military at 15. He was deployed to serve with the Negro units in The Philippines. Charleston played in the Manila League in the US Army team in 1914. He left the military at the end of his service in Manila. Charleston returned to the US in 1914.

Charleston returned to his boyhood team, Indianapolis ABCs. On April 11, 1915, Charleston played his first match. He played in the semi-professional league as blacks were not allowed to compete in the American Baseball League. He became a dependable player on the team. Charleston was heavily built. He used his structure to settle matters physically in a few occasions. In October 1915, he assaulted a white umpire in a game. He was suspended from the team and sent to New York. He played for the Lincoln Giants until his return in June 1916.

In 1920 the Negro National League was created. Charleston returned to the Indianapolis ABCs. He played in the inaugural game against the Lincoln Giants. Charleston led his team to victory against the Giants. In 1921, he moved to the Saint Louis Giants. He broke the record by signing a monthly salary of USD 400. The Giants disbanded the due to financial constraints at the end of the 1921 season.

Charleston returned to the Indianapolis ABCs. He played for the team until 1924. He signed as a player-coach for the Harrisburg Giants. He stayed in Pennsylvania until 1927. He left the Giants in Pennsylvania after the team became bankrupt. Charleston joined the Hillsdale Club in Philadelphia. He stayed there for two successive seasons. He left the club to join the Homestead Grays in 1930. In what became a familiar routine, Charleston played for the Grays for two seasons. He left the Grays in 1931.

Charleston returned to Pennsylvania in the fall of 1940. He became the head coach of the Philadelphia Stars. He headed the club until 1944. He was hired to coach the Brooklyn Brown Dodgers in 1945. He became the pioneer black manager to coach a team in the Major Baseball League. He was assigned to scout black players for the team. Charleston created a blend of racially integrated Brown Dodgers. He returned to coach the Philadelphia Stars in 1946. He coached the team five successive seasons. Charleston retired from managerial duties at the fall of 1950.

Charleston was a baseball manager for one decade. He managed several teams within the period. He won the Negro League once. He was called from retirement to coach the Indianapolis Clowns in 1954. He led the clowns to win the Negro League in 1954. His entry into the Major Baseball League-inspired other black layers to play in the white-dominated league. Gradually, black players started playing for white teams, ending the segregation. The Negro League was systematically disbanded over time.

During his playing days, Charleston was honored with playing accolades. After his death, he was honored with legendary recognitions. In 1976, he was into the American Baseball Hall of Fame. In the state of Indiana, Charleston was inducted into the Hall of Fame for the Class of 1981. The American Baseball Research chapter in Indianapolis was renamed after him. The Oscar Charleston in Indianapolis was named after him.

Charleston married a widow named Jane Blalock Howard on November 24, 1922. He never had biological children with her. The couple separated a decade later but never divorced.

Charleston died on October 5, 1954, after falling ill. He was buried in Indianapolis. Is burial was attended by the baseball family in the US.

He was considered the greatest black player to grace the baseball pitch in the lies of Jackie Robinson. He was both a competitive player and combative aggressor. He introduced black payers to the Major League as the Dodgers coach.

In 1998 the Sporting News ranked Him as the 67th greatest player of all time in American baseball history. He was beaten by four black players who played during his time. These were his teammates Josh Gibson, Buck Leonard, Satchel Paige, and Cool Papa Bell. Charleston was posthumously nominated in the Major League Baseball team of the 20th century.