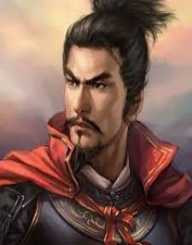 Oda Nobunaga is one of Japans most exceptional early leaders with the ambition of unifying a strong Japan under one ruler. Oda Nobunaga was born in the year 1534 in the Owari Province, Japan. He was a member of the Fujiwara family as the first son. Nobunaga got to inherit his father’s rule after his death. At the time of his ascension to power, he was only 17 years of age. Oda took his time to wage war in Japan through suppression of his enemies and family members. Also, Oda was not friendly to those that opposed his idea of a united Japan.

Therefore, after taking control and facing opposition from some of the people, he waged war on them till he was able to suppress them. His quest to unify all of Japan did not occur in his lifetime. However, at the time of his death, Oda was able to consolidate over ninety percent of oJapan. Oda Nobunaga took his own life when one of his allies tried to overthrow him on June 21st, 1582. He was 48 years old at the time of his death.

The baby boy Oda Nobunaga was born on June 23rd of 1534 in Owari province, part of current Japan. Oda was born to a ruling family in Owari province to Oda Nobuhide. The recollection of historians of Oda as a young man was that he was odd. Moreover, the impression is that Oda was a carefree spirit and would mingle with other village children without a care in the world.

Therefore, the villagers gave him the nickname Owari no ?utsuke. This meant that many saw him as a big fool of Owari province. At time Oda did not mind that he was ranking member of the ruling family. Also, during his childhood, the people of Owari province became familiar with firearms. Oda was not left behind; soon he too had the desire to own a gun. From then henceforth, he spent most of his time with his rifle by his side.

In the year 1551, the father of Oda Nobunaga passed on. As the eldest son, he was required to take over his father’s position. However, he was kind of reluctant of the idea. Therefore, one of his father’s retainer in the province of Owari, committed suicide to remind him of duty. Hirate Masahide was one of Nobunaga’s close and essential teachers and mentor.

After the death of the two most valuable people in his life, Nobunaga had no choice but to ascend to the throne. However, his ascension was not good news to many including some members of his family. So, upon taking power, Nobunaga assembled an army to crush the rebellion in his province. Moreover, he got aid from the neighboring region.

After taking the leadership of Owari province, the young Oda knew he had to show strength to retain his seat. Moreover, he had many enemies around him. Imagawa Yoshimoto decided to raise a big army of 25,000 men to crash Oda. His advisers wanted him to surrender or put up a defensive siege at Kiyosu. However, he listened to none deciding to assassinate his enemy instead. So, he planned and lured his enemy into a trap.

Oda sent a small number of samurai warriors into the enemies tricking the leaders that their men fought amongst themselves. While they went over to break the fight and call the men to order two samurais killed Imagawa by chopping his head off. Upon his death, nobody from the Imagwa’s clan could control the territory effectively. Therefore the brokered a deal of peace then sealed through the marriage of their children. Oda then went on with his quest to defeat and suppress other rulers until he was able to gain over 90% of Japan under his leadership.

Sometime later in the year 1582, Hashiba Hideyoshi made his move against the Bitchu province. This was one of the regions that were by the under the control of Oda. So, upon receiving the news, he ordered the mobilization of his armies to respond. At the time of this attack and confusion, Oda only had around 30 men with him.

His son had come with about 2000 men. So, one of the former allies Mitsuhide chose to attack him while he was weak. The enemy quickly took control of the situation and lay siege to the temple that Oda was. Mitsuhide then decided to burn down the temple to flash Oda out. However, Oda had other plans; he decided to take his own life instead.

After some time while still under siege, Oda realized that he could not make it out. Neither was he going to win against his enemies overwhelming forces. So, Oda made other plans; he decided to take his life. The only way he could do this was through the ancient Japanese ritual known as seppuku. He, took his blade to his stomach ripping through it from side to side. During this scuffle, his son got killed by the enemy.

Oda Nobunaga’s dream of a unified Japan came to fruition regardless of his death. His allies quickly crushed the rebellion and restored order. After that, they waged war to unite Japan as one nation with free trading. This made Japan one of the dangerous countries in the region.