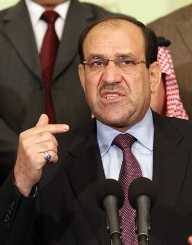 Nouri al-Maliki was born on June 20th, in 1950. During the 1960s, he played a major part in pushing for opposition against Saddam Hussein. To effectively carry out his opposition, he joined the Islamic Dawa Party. In 1979, he was exiled. Regardless of this, it did not bar him from organizing anti-Saddam movements. After Saddam had been overthrown from his position, he returned to his home country in Iraq. After this, he was voted Prime Minister in 2006. Later, there was an uprising revolution which led to al-Maliki declaring that he would not be running for the same office for the third time.

Nouri al-Maliki was born on June 20th, 1950. He was born in a village in Iraq called Janaja with the main town called Hindiya. He went for his early education in Hindiya, the same town he was born. In 1973, he graduated with a bachelor’s degree from Usul al-Din College situated in Baghdad. It took about two decades before attaining his master degree from Baghdad University. Immediately after completing his college education, al-Maliki went on to work with the education department.

It should be noted that he joined politics when Nouri al-Maliki was still studying at the university. He joined the opposition party named Islamic Dawa Party in the late 1960s. This was an outlawed party that was meant to resist Saddam Hussein’s tyranny. Tension grew between Hussein’s government and al-Maliki’s sect. As a result, Hussein made it clear that he was going to execute al-Maliki together with other members of the outlawed party. On hearing this, al-Maliki went on a self-imposed exile in 1979.

The following year, the Iraqi government proclaimed that al-Maliki had been sentenced to death in spite of his absence. Initially, al-Maliki fled to Jordan before later proceeding to Syria and after that to Iran where he took refuge. He lived here from 1982 to 1990. His strong opposition continued with his return to Syria after some time. In 2003, Iraq was invaded by the U.S troops while under the leadership of George W. Bush. This led to the overthrowing of Saddam Hussein. Accordingly, opposition groups including al-Maliki made their way back to Baghdad. Soon, al-Maliki served under the Supreme National Debaathification Commission as its deputy leader. At the beginning of 2005, he was voted into the National Assembly where he became one of the committee members that drafted a new constitution for Iraq. This constitution was passed later that year in October.

In May 2005, Ibrahim al-Jaafari, the Islamic Dawa Party leader was voted in as the interim Prime Minister. With al-Jaafari in office, things did not run smoothly in Iraq as violence increased. Consequently, his style of leadership was considered as shaky by the Iraq parliament. After some time, he was replaced by, al-Maliki as the parliament had lost confidence in him.

While in power, al-Maliki was credited for doing his best in unifying the different political and religious groups in Iraq. Additionally, he pushed for government restructuring. Politically, he gained more power after sending his troops into Basra where they successfully fought against Muqtada al Sadr's forces. His also gave a huge boost to his reputation by drafting an agreement that would drive away the US Forces by June 2009. This move made a huge number of Iraqis admire his style of leadership and the achievements he had made all along.

On December 22nd, 2010, al-Maliki kicked off his second term as Iraq Prime Minister. However, unlike his first term in office, Iraq went through a series of chaos. The Iraq president had to nominate another individual to take over as the Prime Minister. Nevertheless, al-Maliki chose not to step down. With increased roars over his dismissal, he resigned from office on August 14th, 2014. Later on, he was appointed as the Iraqis Vice President.

Nouri al-Maliki married Faleeha Khalil, and together they were blessed with five children in their relationship.