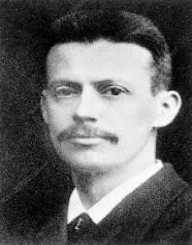 Niels Ryberg Finsen was born 15th December 1860, to Hannes and Johanne Finsen. He was born in Torshavn, on the Faroe Islands, and had three siblings. The family had moved to Torshavn in 1858, before Finsen’s birth, due to his father being appointed as the revenue collector for the Faroe Islands. The family originally came from Iceland.

Finsen’s mother died when he was just four years old, and his widowed father married Birgitte Formann, who was his mother’s cousin. The couple had a further six children together.

Niels Ryberg Finsen's primary education was done in Torshavn, however, he was sent to a Danish boarding school in 1874. His older brother also attended there. Unfortunately, Finsen didn’t seem to fit in, and even though he tried to do his schooling, his grades were inferior.

In 1876, he was transferred to a different school, where his father had previously attended, and there was a marked improvement in his grades. In 1882, he enrolled at the University of Copenhagen to study medicine. He graduated in 1890.

After he graduated, Niels Ryberg Finsen took up the position of professor of anatomy at the university. He resigned from the position in 1893, deciding to dedicate his life to his scientific research.

Finsen’s research was primarily based on the treatment by light-wave, or phototherapy, and the beneficial medical effects. Through his research, he came to understand that sunlight was beneficial for the blood.

In 1893, he released a book called, Om Lysets Indvirkninger paa Huden (On the effects of light on the skin), documenting his findings on his treatment of smallpox with red light.

In 1895, Niels Ryberg Finsen was able to treat lupus vulgaris, also by light rays. Further to this finding, he released a book in 1896 called, Om Anvendelse I Medicinen af koncentrerede kemiske Lysstraaler (The use of concentrated chemical light rays in medicine). His writings were translated into French and German.

Finsen built the Finsen Institute in Copenhagen, in 1896. He received donations from two private Danish benefactors, Mr. Hageman, and Mr. Jorgensen, as well as the Danish government. This enabled him to expand the institute. He was appointed as a professor at the University of Copenhagen in 1898.

Niels Ryberg Finsen is best known for his theory of phototherapy. It is the study of light-waves and how specific wavelengths are beneficial in the treatment of certain diseases such as smallpox, lupus vulgaris, and jaundice.

Niels Ryberg Finsen was an honorary member of several societies through the Nordic countries and Europe. He was also a deserving recipient of the following:

1899:   Awarded a knighthood – Knight of the Order of Dannebrog

1903:   Nobel Prize in Physiology – for his work on phototherapy

In 1892, Niels Ryberg Finsen married Ingeborg Balslev. She was the daughter of a Bishop. They had four children together.

The Finsen Institute, founded by Finsen in 1896, was later merged into the Copenhagen University Hospital. It is still running and is a cancer research facility.

When Finsen won his Nobel prize, he donated 50,000 crowns to his Institute. He had also founded a hospital, and he donated a further 60,000 crowns for research on heart and liver diseases.

He has several places named after him, and a memorial called Towards the Light was unveiled in Copenhagen in 1909, to honor the memory of his discovery of the medicinal effects of sunlight.