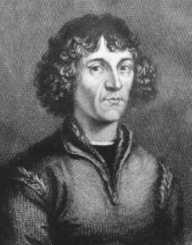 Nicolaus Copernicus, the father of the concept of a heliocentric solar system, which placed Sun rather than the Earth at the center of the Universe, was born on February 19, 1473, in the city of Thorn (present-day Toru?), Royal Prussia, Poland. The youngest of the four children of Mikolaj Kopernik, a prosperous copper merchant from Kraków and Barbara Watzenrode, a lady hailing from a wealthy upper-class merchant family. Mikolaj, the father of Nicolaus Copernicus, moved from Kraków to Toru? around 1458 and actively participated in the Thirteen Years' War fought between the Kingdom of Poland and the Prussian Confederation over control of the region.

Nicolaus Copernicus was of German heritage and could speak fluent German and Latin besides being conversant with speaking Polish, Greek and Italian. His father died when he was around ten years old. One of his maternal uncles, Bishop of Varmia Lucas Watzenrode became the guardian of his illustrious nephew. Lucas took Copernicus under his protection and ensured that Copernicus received the best possible education. At the age of 18, Copernicus was enrolled at the University of Kraków in 1491, where he studied Mathematics, Painting, Astronomy, Philosophy, and Sciences. He studied at the University for four years but left the University before completing his degree.

With the influence of his maternal uncle, Prince-Bishop of Warmia Lucas Watzenrode, Nicolaus Copernicus officially became a well-paid Canon of the Catholic Church in Warmia, while still studying at the University Of Bologna, Italy. He came back to Poland to take up official duties in Frauenburg in 1501 at the age of 28. He asked for a two-year leave from his position as Canon and was granted the same once his uncle was convinced about the objective of the same. He went to the Italian city of Padua on the pretext of studying Medical Sciences. This time, he was successful in securing a degree in Canon law after passing the exams required to qualify as a Doctor of Law from the University of Ferrara. He also successfully studied practical medicine at the University of Padua besides doing research work on his passion, Astronomy.

In 1503, Copernicus returned to Poland for the second and final time and resumed his position as Canon in Frauenburg. He acted as a secretary and physician for his uncle whom he rejoined at an Episcopal Palace. Besides tending to his aging and ailing uncle, his duties, and responsibilities as a Church Canon were mostly administrative and medical. The administrative works comprised of the collection of rents from church-owned lands, securing military defenses, overseeing chapter finances, managing the bakery, brewery, and mills and taking appropriate medical care of the other fellow clergymen.

After fulfilling these responsibilities, Nicolaus Copernicus worked on his research related to Astronomy in his spare time and also put into good use, his knowledge of the Greek language to prepare a Latin translation of the aphorisms of a mostly unknown 7th-century Byzantine historian and poet, Theophylactus Simocattes.

Gradually, Copernicus gained a reputation of a learned Astronomer around his country and in 1514, he was invited to attend and offer his opinion at the Church’s Fifth Lateran Council on the evaluative problem of the reform of the calendar. However, it was not known whether Copernicus made any contributions/offered any suggestions to rectify the out of alignment calendar, they were following since the days of Julius Caesar based on the actual position of the sun.

Nicolaus Copernicus continued his love affair with Astronomy and by 1508; he started developing his celestial model, a heliocentric planetary system. Until then people mostly followed the geometric planetary model invented by the second-century astronomer Claudius Ptolemy. According to Ptolemy, Earth was on the center of the solar system, and all the other planets including the sun revolve around the Earth in an eccentric circular motion. Copernicus, on the other hand, placed Sun in place of the Earth at the center of the Solar system and the size and speed of each revolving planet’s orbit around the sun depended on its distance from the sun.

The dominant Roman Catholic Church denounced the theory propagated by Copernicus and gave credentials to the Earth-based solar system theory mooted by Ptolemy. However, in spite of the refusal of the Roman Catholic Church to acknowledge Copernicus’s theory, the heliocentric system developed by him proved to be accurate and detailed. It also proved to be a more efficient formula for calculating planetary positions. His assumption of the planetary orbits being circular in motion was later shown to be wrong when German astronomer Johannes Kepler proved that the planetary orbits are elliptical.

Nicolaus Copernicus wrote two books about his research and development of the Heliocentric Solar System. They are viz. Commentariolus and De revolutionibus orbium coelestium. The Roman Catholic Church Authorities banned both the books.

Nicolaus Copernicus never married and did not have any children. He had a suspected illicit relationship with his live-in housekeeper Anna Schilling in between 1531 to 1539. The Church did not view this relationship very kindly and branded it as scandalous. He was also asked to end the relationship time and again.

Copernicus died on May 24, 1543, at the age of 70. He was suffering from the complications of apoplexy and paralysis. He was buried under the Frombork Cathedral floor.