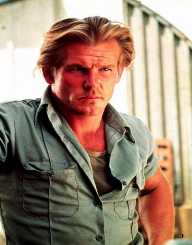 A native of Nebraska, Mr. Nick Nolte has established himself as a paramount figure when it comes to acting. He comes with a rugged kind of look but has made a remarkable journey in screen career. His radiating smile and out of world personality is typically seen as soon as he appeared in that little box. Nick is now standing as one of the most distinguished men that Hollywood has never had. His acting career was cemented with outstanding awards including the 1998 Best Actor Oscar Nominee. Even then, Nolte seems to have some regrettable issues that tend to haunt his middle-aged life. Read further to understand more.

On February 8 in 1941 Nicholas King Nolte was born in Nebraska, Omaha in the United States. His father Franklin A. Nolte worked during the World War II as a serviceman. This made Nick see his dad at his tender age. Nevertheless, he joined Arizona State University where he played football, but his end of term grades showed that he despised studies. After his studies, he went to California where he opted to try acting instead. It is here that he joined Pasadena Playhouse as well as Stella Alder’s Academy in Los Angeles. He then landed a job as an ironworker under O’Byrne rules. By the end of his training, Nick spent fourteen years traveling to and fro in search of a fruitful hope. He landed a different role in both films and television. In 1972 he made his stance in Dirty Little Billy at 34 years old. He followed it up with Rich Man and Poor Man in 1976.His promising role as Tom Jordache garnered him an Emmy award. This gave him a chance to star in The Deep film in 1977.

In the mid of 1980, Nick showed his other side of a trait in Heart Beat film. It was quite difficult for him to appear in the movie due to different characters that he had to portray. Even then, he defined his spiritual, in-depth and practicality at its best.

During the 80s, Nick career came to a pause due to his alcohol and drug use. But a regular visit to rehabilitation positioned his career in the right order. This paved way to more plays such as U-Turn thriller in 1997, Affliction and The Thin Red Line.

Nick made more headlines in 2002 when it was announced that he was under the influence of a stimulating drug-GHB. The outcome led to his arrest which in turn cleanse his acts and got him back on track. Afterward, Nolte appeared in fascinating roles such as Hotel Rwanda drama followed by other political films.
Early in 2005, Nick appeared in a Beautiful country and clean drama. The following year he played Vincent in Over the Hedge animated film. This made him garner a pivotal role in A Few Days in September thriller. Next, he was seen in Mysteries of Pittsburgh.

From 2008 to 2011 Nick Nolte appeared in Vietnam Vet and other projects like Zookeeper and Warrior. The film made him receive notable awards such as BAFTA, as well as Screen Actors Guild nominee for displaying the Best Supporting Actor role.

Nick Nolte has had an open relationship with Vicki Lewis and Debra Winger. Nolte has two children: Sophie and Brawley. At times Nick loves his middle-aged life, but at the same time, he cries with anger and resentment. Reason being that he is about to sign off from the world. Yes, he loves life, but he will once come to make a “good cry” to his loved ones. Nick's first lover was Katherine Carney with whom he dated during his high school days.