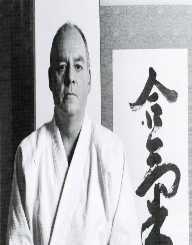 Japan is favorably known for essaying great Martial artists, but few have accomplished an important rank of Morihei Ueshiba. There is no doubt that he was given several aka’s such as Great Teacher and the Founder. In the course of his wondrous life, Morihei proficiently learned a lot of martial arts techniques including kendo and jujutsu. It was here that he devoted his entire life to martial arts.

Morihei Ueshiba had an extensive knowledge of ritual practices such as Shinto. He then refined the sacred ritual to a more wholly and robust system that he called Aikido. It is an advanced form of Japanese martial arts that seeks to increase more strength. The whole process helps an individual to embrace a peace treaty. To date, Aikido is regarded as one of the great martial arts in the globe.

Morihei Ueshiba symbolized an art of peace and truthfulness in his natural born character. He was a noble person who employed top-notch self-esteem which paved the way for his excellent health. He loved to take care of his soul, mind, and heart and withdrawing himself from others wasn’t his option. Above anything else, he liked to have a balanced life hence embracing a healthy lifestyle.

Moderation was his best cup of tea which played a role in every part of his life. Morihei Ueshiba loved to train the young and the old the importance of self-defense as well as a mental discipline through martial arts. That is why he introduced an aikido exercise that helps an individual to calm his mind and body.

On December 14, 1883, Morihei Ueshiba was born in farming and fishing village of Tanabe in Japan. He was the only remaining son of a famous father, Yokoru Ueshiba and a well-informed mother, Yuki Ueshiba. Although he was born prematurely, his parents considered him as a special gift from above. His early birth prevented him from growing like other kids; even when he reached adulthood; he was still five feet tall.

His protective father encouraged his son to practice sumo wrestling for him to gain balance and strength. He combined it with swimming and running. He continued to progress extensively, and with no doubts, he came to realize his potential through exercise.

When Morihei Ueshiba joined the school for his early education, he loved mathematics and physics. Overall, education didn’t mean tons for him, but he adored religious rites and spiritual meditations. From his teenage life, Ueshiba performed different duties. But when he joined martial arts, he got stuck like a blob of glue never to depart from his profession till death took his life. Arts continued to delight his soul as well as nourish his life.

Morihei resigned from his first and second job since they were too demanding. He then went to lend a helping hand to local fishers where he acted as a councilman. However, his father gave him some money where he advised him to find a suitable career. He moved to Tokyo where he went to work as a shopkeeper, but boredom and poor dieting led him home with beriberi. He went back home without a single penny in his pocket, but he proudly told his father that he would like try a Japanese martial art called jujutsu.

Early in 1902, Morihei Ueshiba married Hatsu Itogawa, but tiny is known about her whereabouts. The following year he tried to join Japan’s military forces, but he was neglected due to his height. His zeal and determination gave him a chance to train with a die-hard soul. It came to a point where he hanged on lengthy trees with an attempt of stretching body’s length. He was lucky to join the infantry section in a local military base. After a year he went to serve in the Russo-Japanese War.

After several months, Morihei Ueshiba resigned from his military position, but he was much stronger than before. For outstanding results, he didn’t let go of his physical training. In the process, his father built for him a dojo where he invited a jujutsu master, Takaki Kiyoichi to tutor his dearest son. In the middle of all, Morihei came to realize that martial art was his calling. In 1912 at 29 years of age, his family went to live in Hokkaido. After a few years of settling down, Ueshiba’s strength grew extensively to the point of becoming legendary.

In the middle of his teenage life, Morihei Ueshiba mastered different martial arts such as Yagyu-Ryu and Kito-Ryu jujutsu. At the beginning of the Ruso-Japanese war, Morihei gained fame for his martial arts skill and competency. His calmness and bravery earned a pseudonym name the soldier kami meaning soldier god. Before the end of the war, he mastered another art called Yagyu-Ryu where he learned sword-fighting. He also took the time to learn Kodokan Judo.

Early in 1915 at 32 years old, Morihei Ueshiba met a tutor, Sokaku Takeda of Aiki-jujutsu in Daitu-Ryu School. Morihei took some time to learn modern martial arts called Budo. Although Ueshiba looked like he knew everything, Takeda’s techniques were more superior. It was here that he learned over two hundred self-defense skills.

In 1922 at 37 years of age, he came up with his new style of martial arts which he named as Aiki bujutsu. This is what he used as a starting point to create his unique self-defense attacks. The same year, Morihei went to China to learn Chinese martial skills. In the process, he improvised Chinese martial skills in his Aiki bujutsu arts. This is one of the reasons why martial experts find it hard to differentiate between pa kua chang and tai-chi chuan.

In the mid of 1936, Morihei Ueshiba opted to rename his art as Aiki Budo. It was after six years that he came up with a more mature and advanced technique which he called aikido. It is a new name that comes with different meanings: Ki means energy while ai means harmony. On the other hand, do means discipline. Morihei didn’t forget to add other skills such as Kito-Ryu jujutsu and swordsmanship.

Morihei Ueshiba emphasized the use of the word Ki for learners to gain more power. In the course of his teachings, he encouraged his students to listen more and not to mimic his forms and martial moves. His end aim was for them to exercise more and make art as part of their daily bread.

In 1901 Morihei Ueshiba married Hatsu Itokawa, and the couple was blessed with three children. Unfortunately, his children died before celebrating their teenage birthday. In 1969 Ueshiba’s health started to deplete where he was diagnosed with cancer. He was announced dead on April 26, 1969, and his long-term wife later died on July the same year. In his honor, the martial arts priests still govern a ceremony at Aiki Shrine that is located in Iwama.