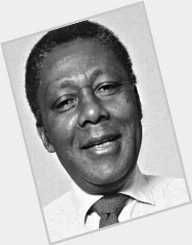 Alexandre Biyidi Awala was famously known as Mongo Beti. Others used to call him Eza Boto. He was famous for being a novelist from Cameroon. His novels mainly focused on the difficulties that people went through in trying to uphold their African cultures. His direction in writing was influenced by the fact that Cameroon was a French colony at the time of his birth. As he grew up, he often got exposed to anti-colonial perceptions. This later had a profound influence on his writing.

Mongo Beti was born on June 30th, in 1932. His place of birth was in Cameroon in a small village called Akométan. He was the son of Régine Alomo and Oscar Awala. Tragedy struck his family when he was only seven years old. His father died as a result of drowning. This left him under the care of his mother. Growing up, Beti was accustomed to frequent arguments with his mother on matters relating to colonialism and religion. Considering the outspoken nature that he had adopted, this had a negative impact on him more so about his education. Soon, he was expelled from the school he attended in Mbalmayo. After this, when he clocked 13, he enrolled with lycée Leclerc, situated in Yaoundé.

In 1951, Mongo Beti graduated and left for France. This was a move that would help him in pursuing his further studies in the literature. Initially, he enrolled with Aix-en-Provence before later schooling in Sorbonne.

Beti’s manner of protesting during the early 1950s was through his writing. During this time, his works were mainly published by Présence Africaine on a regular basis. His first fiction work was titled “Sans Haine et sans amour” which means "Without hatred or love." This work was also published in the journal that he wrote for, i.e., Présence Africaine. His debut novel was later published in 1954. This book was titled Ville cruelle – “Cruel City.” His pen name at this time was Eza Boto.

Two years later, Mongo Beti garnered high acclaim after the publication of Le pauvre Christ de Bomba – “The poor Christ of Bomba.” This works led to a huge scandal for he mocked the colonial world and missionary goals. It also led to an uproar from the religious community in Cameroon, and as a result, the book was banned there.

In 1957, Mongo Beti published Mission terminée. The following year, he was bestowed with Prix Sainte Beuve for this work. During this year, he published another novel under the name Le Roi miraculé. Around this time, he took the job as a teacher in lycée of Rambouillet. It did not take long before he earned his official certification as a professor in 1959. Before this, in 1958, Ruben Um Nyobe, an independence leader was assassinated by French colonists. This prompted Beti to go silent in his writing for about a decade. He also went on an exile during their trying period in his career.

During the early 1970s, Mongo Beti was back to writing. This time round, he was better and had a major impact on his readers. In 1974, he published Remember Ruben and Perpétue. The former revolved around life achievements of Nyobe and his impact on the society. Four years later, Beti, with the help of his wife launched a bimonthly review under the name Peuples Noirs. Peuples africains –‘ Black People. African People’. This publication went on from 1978 to 1991.

In 1991, Beti made his official return to his homeland after feeling that he was safe from the self-imposed exile he had subdued himself. Two years later he released La France center l'Afrique, Retour au Cameroun. This work mainly talked about the frequent visits he made to Cameroon. Following his retirement from teaching, he resided in Cameroon permanently.

Mongo Beti tied the knot with another teacher named Odile Tobner. The two had crossed paths when Beti taught in Rouen. Together, they welcomed three children into their relationship.

Mongo Beti passed away on October 8th, 2001. He was 69 years old when he died. Renal complications that he suffered from led to his demise.