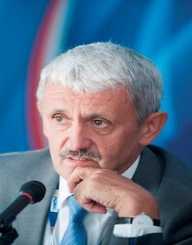 From 1998 to 2006 Mikulas Dzurinda served as the Prime Minister of Slovakia. He also got a hold of well-respected positions while still aiming higher under Slovak Democratic Coalition. It was during his active years that he teamed up with other members to establish a Christian Democratic Movement in 1990.In 1998 he was appointed as the prime minister where he linked his country with NATO and EU. He has also served as the Minister of Transportation and Foreign Affairs for two years. Not to mention he acts as the founding member of the Christian Union and Slovak Democratic Party. Let’s see what he has in store for us.

On 4th February 1955, Mikulas Dzurinda was first seen in the world in Spissky Stvrtok, Slovakia. It was after completing his preparatory education that Mikulas joined the College of Transport and Communications. He later graduated in the mid of 1979.

After his graduation, Dzurinda got a seat at the Transport Research Institute. It was there that he served as an economic analyst till the end of 1988. Afterward, he went to further his education at the College of Transport and Communications. In 1988 he received his CSC.

In 1990 Mikulas was appointed as the Director of IT Department under Czechoslovak Railways in Bratislava. He remained in the said position till the end of 1990. The same year he opted to venture into the world of politics. In the process, he acted as one of the founding fathers of Christian Democratic Movement. This is what paved the way for more political parties and prestigious positions.

Still, in 1990 Mikula saw himself as the Deputy Minister of Transportation after the general election. The following year he teamed up with Slovak Parliament also known as National Council of the Slovak Republic.

In 1994 Jozef Moravcik was appointed as the Prime Minister where he opted to appoint Dzurinda as the Minister of Public Works and Transportation. Sad to say, his post was terminated following Vladimir’s tenure. Fortunately, he remained to serve as the Member of Parliament.

An authoritarian by nature, Vladimir tried his best to lead his party to the brim. Other members felt a need for change where they opted to form a new Party called Slovak Democratic Coalition in 1997. Mikulas was appointed as the spokesman and later as a chairman in 1998. The same year the party won with primary votes where Vladimir’s coalition lost without hopes. A new government was re-established, and Dzurinda served as the Prime Minister of Slovakia.

During his tenure, Mikulas worked on peaceful treaties as well strengthening the country’s economy. Several reforms were implemented where he build a close relation with neighboring countries. With extensive knowledge of the political world, Mikulas came up with his party called the Slovak Democratic and the Christian Union in the new millennium.

After the end of his first term, Mikulas hard work reinstated him to his former seat. In 2004 he became an active member of the NATO and EU. Under his doctrine, the high budgeted cases decreased immensely. Not to mention investors started to introduce lucrative deals within the city. In 2006 his party was succeeded by SMER where he opted to resign as the Prime Minister.

Mikula Dzurinda tied a nuptial knot with Eva Dzurinda with whom he has two daughters. To date, he is still regarded as a healthy and fit man.