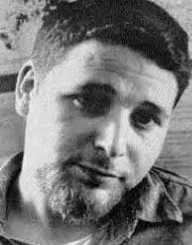 Michael Henry ‘Mickey’ Schwerner was born on November 6, 1939. He was a civil rights activist. He was also among the three Congress of Racial Equality social workers who were murdered in Philadelphia in Mississippi by the members of the Ku Klux Klan. They were killed because of the civil rights work that they were doing. One of the main reasons that got them killed was the fact that they registered African American voters. He died on June 21, 1964, at the age of twenty four.

Michael Henry ‘Mickey’ Schwerner was born on November 6, 1939, in Philadelphia in Mississippi, United States of America. He was born into a Jewish family. He attended Pelham Memorial High School in New York. He was nicknamed ‘Mickey’ by his friends while he was growing up. His mother was a science teacher at New Rochelle High School while his father was a businessperson.

After graduating high school, he joined Michigan State University. He later transferred to Cornell University where he majored in rural sociology. At the institution, he was a member of the Alpha Epsilon Pi Fraternity. He then joined a graduate school at School of Social Work at Columbia University.

In the 1960s, Michael Schwerner was the leader of the ‘Downtown CORE’ which was a group that worked for civil rights for African Americans in Manhattan. In 1963, he played a major role in the efforts to desegregate Gwynn Oak Amusement Park located in Maryland. He and his wife, Rita later volunteered to work for the National CORE in Mississippi. They were tutored by Dave Dennis who was the state director of the organization. They later became permanent employees of the organization.

He and Rita later took over the Meridian CORE field office with the aim of registering as many African American voters as possible. They were however targeted by the Ku Klux Klan. Michael tried to establish contacts with the whites in the region, but they were adamant. He also organized and led a boycott of a variety store for not hiring blacks. The store ultimately hired its first African American under the well-spread principle ‘Do Not Shop Where You Cannot Work.’

Michael Schwerner and his colleagues Andrew Goodman and James Chaney were killed near Philadelphia in Mississippi. This crime was committed after the Ku Klux Klan realized that they were investigating the burning of Mt. Zion Methodist Church. The church was the site of a CORE Freedom School.

Before they were killed, they were arrested by Sheriff Cecil Price on the charges of traffic violation, and they were taken to jail in Neshoba County. They were later released after being denied the chance to call anyone. On their way to Meridian, they were stopped by some Ku Klux Klan members and transported via Cecil’s car to a remote rural road where they were shot dead on June 21, 1964.

The bodies were not found until after forty four days. In 1870, seven men including Deputy Sheriff Cecil were convicted of murder. In 2005, Edgar Ray Killen who was a white supremacist was charged with three counts of manslaughter after new evidence was discovered by journalist Jerry Mitchell.

In 2014, Michael Schwerner along with Chaney and Goodman was awarded the Presidential Medal of Freedom posthumously by President Barack Obama.