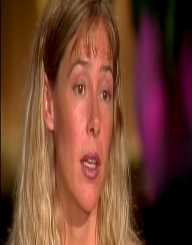 Mary Kay Letourneau did her schooling at Cornelia Connelly High School, based in Anaheim, California. It was an all-girls Catholic school, as the family were strict Catholics. She soon earned herself a reputation for liking parties and boys. Letourneau’s father was still in his political career but had his reputation tarnished when it was discovered he had two children from an affair. Letourneau took her father’s side in the fall-out.

Mary Kay Letourneau met Steve Letourneau while she was in university. The couple married and soon after leaving university they moved to Alaska. Her husband worked for Alaska Airlines, but after 12 months was transferred to Seattle, Washington. At the same time, he started taking night classes at Seattle University, and he graduated in 1989.

It was quite well-known that the Mary Kay Letourneau’s marriage was plagued with financial problems, and that both partners had affairs with other people. The couple had four children from their marriage, although Mary Kay Letourneau said she had never loved her husband but had been pushed into the relationship by her parents.

There was a student in Mary Kay Letourneau’s class named Vili Fualaau. He was born in 1983.

In 1996, when Fualaau was 12 years old and Letourneau was 34, she had a sexual relationship with her student. A relative of her husband called police and told them what was happening. Letourneau was arrested in March 1997. In May 1997, while waiting for the outcome of her trial, Letourneau gave birth to a daughter, of which Fualaau was the father.

She was convicted on two counts of second-degree child rape. She had to serve three months of a six-month sentence in jail, and as part of her plea bargain, she agreed not to have any further contact with Fualaau.

Two weeks after getting out of jail, she was caught having a sexual relationship with Fualaau in her car. This time she was sentenced to seven and a half years in prison.

Letourneau gave birth to another daughter by Fualaau, in October 1998. The couple released a book later that same year, called, Only Once Crime, Love.

In August 2004, Letourneau was released from prison, and upon release was registered as a Level 2 sex offender.

Fualaau was 21 when Letourneau was released, and he asked the court for a reversal of the no-contact order again Letourneau. The court agreed, and shortly after that, the couple married. Letourneau had filed for divorce from her husband while she was in prison. The divorce was granted, and her husband was given custody of the four children.

In May 2017, after 12 years of marriage, Fualaau filed for separation. He later withdrew the filing.