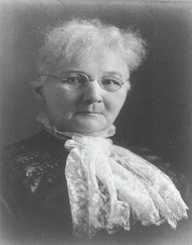 Mary Harris Jones was born on May 1st, in 1837. She was an American school teacher of Irish descent. She also earned her fame through her participation in community organizations and being the labor representative. She was highly acclaimed for being at the frontline in coordinating major strikes. Concerning this, she was later considered as the co-founder of Industrial Workers of the World.

Mary Harris Jones was born on May 1st, 1837. Her birthplace was in Cork County in Ireland. She was born to Ellen Harris, her mother, and Richard Harris, her father. Richard worked as a farmer. When Mary was in her teen years, her family moved to Canada. This was for the main reason that they could escape hunger that was befalling them during this period. She went for her education in Toronto. After this, she moved to Chicago where she engaged in dressmaking.

Years later, Mary got married, and she decided to reside with her family in Memphis. Tragedy struck during the yellow fever epidemic which occurred in 1867. This left her all alone as her husband together with their four children all died.

The death of her family devastated her, and she moved back to Chicago. Here, Mary Harris Jones worked on reviving another dressmaking business that would earn her a living. Sadly, after four years of being in operation, there was a massive fire that destroyed many businesses (Great Chicago Fire - 1871). Among the businesses that were destroyed, Jones dressmaking business was among them. After losing her properties, she was among those that were involved in reconstruction the city. This prompted her to join the Knights of Labor.

This is the point where Jones began organizing strikes. Initially, things were not easy as her first series of organized strikes only lead to the death of many people. The Knights of Labor came to an end following the fear of anarchism and also due to the Haymarket Riot of 1886.

This ending of her group did not stop Mary Harris Jones. She went on to join United Mine Workers (UMW). Being a member of UMW, she led their strikes and mainly motivated them to keep striking regardless of militias that were hired to stop them. What Jones advocated for is that workers were worthy of better wages that would make it possible for women to stay at home to take care of their homes. The best part was that strikes began to be fruitful as they were successful in the goals they set, e.g., earning better wages.

Mary's efforts in trying to protect women earned her the name Mother Jones. This was due to the motherly image that she was portraying. This was around 1887, and it was at this time when she strongly motivated male workers to seek for better wages at work.

In 1901, young female workers in Pennsylvania went on strike. Their main reason for striking was that they demanded better wages just like what adults earned. The president of the United Mine Workers approached Mother Jones to help in organizing these women’s strike. According to Mother Jones, she firmly believed that the hardw,orking young ladies were being robbed of their working rights and that this led to their demoralization. By the time 1902 reached, Jones influence in striking workers had been felt all over. She was dubbed as the most dangerous woman throughout entire America.

Besides fighting for better wages for adults, Mary Harris Jones strongly contested child labor. About this, in 1903, she introduced the “Children's Crusade.” This was a march that would begin from Kensington in Philadelphia and end in Oyster Bay in the New York City. This was the home of the president, i.e., Theodore Roosevelt. Mother Jones saw it wise that children should go to school and not be involved in working in the mines.

Mother Jones had been wedded to George Jones in 1861. He worked as an ironworker. Together, they had four children. The yellow fever epidemic took her entire family away.