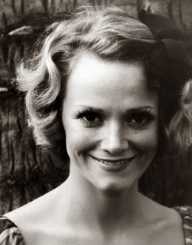 Women Soccer superstar and an unprecedented consecutive five times FIFA World Player of the Year, Marta Vieira da Silva, popularly known as Marta, was born on February 19, 1986, in Dois Riachos, Alagoas, Brazil. From a very young age, she was very passionate about playing football and started developing her soccer skills by kicking abandoned, often flattened football and makeshift footballs made out of wadded grocery bags. Later, she joined a local junior boys’ football club where she was often ignored by the boys as they feared being outplayed by a girl.

Marta Vieira da Silva was discovered by well-known Brazilian female coach, Helena Pacheco at the age of 14. Marta was recruited for the new women’s football team of Vasco da Gama, a Rio de Janeiro based men’s football club of repute. She initially played for the CSA youth team and after that started her professional football career at Vasco da Gama in 2000. After two years, the Vasco da Gama women’s program was terminated due to a lack of funds, and Marta quickly switched over to Santa Cruz, a small club in Minas Gerais, where she played for two consecutive seasons.

Marta was acquiring the necessary football skills with the formal football coaching she was provided during her stint with Vasco da Gama and Santa Cruz. With the kind of talent she possessed, she soon developed into a premier woman footballer of Brazil and was selected in the Brazilian Football team that was to participate at the 2002 U-19 World Championship and 2003 FIFA Women's Cup.

Before the 2004 football season, Marta Vieira da Silva joined the premier football club of Sweden, Umea IK. Umea reached the final of the UEFA CUP during the 2004 season and beat Frankfurt by an aggregate scoreline of 8-0 played in two legs. Among these eight goals, Marta scored 3. In the Damallsvenskan (Sweden’s highest level of women’s domestic football) championship, Umea finished second in 2004. The team scored a total of 106 goals, 32 more than the champion Djurgården with Marta individually contributing 22 goals in the championship including the lone goal in the final which Umea lost by a score of 2-1.

The next few seasons saw the glorious best of Marta Vieira da Silva. She was instrumental in helping Umea win the Damallsvenskan championship for four consecutive times between 2005 and 2008. Umea also won the Swedish Cup title in 2007 with the help of her excellent football skills. She scored a phenomenal 111 goals in 103 league games during the five seasons she appeared for Umea. She was the top scorer in 2004, 2005 and 2008 seasons of the championship.

In January 2009, Marta Vieira da Silva left Europe and signed a three-year contract with the Los Angeles Sol of the Women's Professional Soccer league (WPS), United States of America. She was declared the WPS Most Valuable Player (MVP) in the same year. She was the top scorer for the 2009 season with ten goals. Los Angeles Sol eventually lost the WPS championship final of 2009 season to Sky Blue FC by a margin of 1-0. In the same season, she played for the Brazilian Football team Santos during the off-season with Los Angeles Sol and helped Santos win both the Copa Libertadores and Copa do Brasil football tournaments.

Los Angeles Sol ceased its operations in 2010 and Marta was made available in the 2010 WPS Dispersal Draft. The FC Gold Pride acquired her rights as their first pick. She appeared in all 24 games of the championship for the outfit and scored 19 goals. She was declared the WPS MVP and WPS Golden Boot for the second consecutive season. She played and captained one of the teams in the WPS All-Star 2010. Her team FC Gold Pride of Santa Clara, California, wind up its operation on 17 November 2010, and Marta became a free agent.

Marta Vieira da Silva again joined Santos on December 16, 2010, for a two-month-contract. On January 25, 2011, she joined the Western New York Flash, her third WPS team in three years. The team was able to capture the Regular Season Championship title after her joining. She scored a total of 10 goals in the championship and again earned her third consecutive PUMA Golden Boot award edging out fellow Flash-forward Christine Sinclair based on goals per game average.

The 2012 season of WPS was cancelled, and Marta Vieira da Silva returned to Sweden signing a two-year-contract with Tyresö FF on February 22, 2012. With her entry in the team, Tyresö FF successfully lifted the Damallsvenskan title for the 2012 season and Marta collected her fifth league winner’s medal. During the 2014 season, Tyresö FF had to withdraw from the Damallsvenskan championship due to some financial difficulties and freed all the players from their respective contracts.

On July 2014, Marta signed a six-month-contract with another Swedish club FC Rosengård. The club won the Damallsvenskan league title in 2014 and 2015, the Svenska Cupen in 2016, and the Svenska Supercupen in 2015 and 2016 after her joining. Marta joined the Orlando Pride of the United States’ National Women’s Soccer League in 2017 and is currently contracted with the franchisee.

Marta Vieira da Silva was a key member of Brazilian National Team in the 2004 FIFA U-19 Women's World Championship and was awarded the Golden Ball Award for her phenomenal show in the tournament.

Marta was named the FIFA World Player of the Year five consecutive times between 2006 and 2010.

Marta Vieira da Silva was a member of the Brazilian National Teams that won the silver medal at the 2004 and 2008 Summer Olympics.

In the 2007 Women’s World Cup, Marta Vieira da Silva led Brazil to the final and earned both the Golden Ball award as the best player and the Golden Boot award as the top scorer of the tournament.

She was named as one of the six Ambassadors of the 2014 FIFA World Cup in Brazil and accorded the honour of carrying the Olympic Flag in the 2016 Rio de Janeiro Olympic Games along with eight other distinguished sports personality.

Marta Vieira da Silva is the reigning top scorer of World Cup games with 15 goals to her credit.

Marta is regarded as the best female football player of all time and is nicknamed "Pelé con faldas" ("Pelé in skirts").