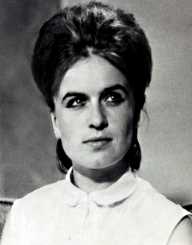 Marina Oswald Porter was born on July 17, 1941. She is a Russian. She is the widow of Lee Harvey Oswald who was the assassin of the United States President John F. Kennedy. She got married to Oswald at the time when he had temporarily defected from the Soviet Union. After their marriage, they immigrated to the United States together. She was not a part of the assassination, so she got married two years after her husband was murdered. She is currently seventy seven years old.

Marina Oswald Porter was born Marina Nikolayevna Prusakova on July 17, 1941, in Severodvinsk in Russia. She lived with her mother and stepfather. In 1957, she moved to Minsk where she lived with her uncle, Ilya Prusakov. Her uncle was a colonel in the Soviet Ministry of Internal Affairs. While in Minsk she studied pharmacy.

On March 17, 1961, Marina Oswald Porter met Oswald at a dance after he had defected from the Soviet Union. They got married the same year. In 1962, she gave birth to their daughter, June Lee. In the same year, they immigrated to the United States of America where they settled in Dallas in Texas. In 1963, they met Ruth Paine at a party and the introduction was done by George de Mohrenschildt. In the same year, Oswald bought a Smith and Wesson .38 revolver and later a Mannlicher Carcano Rifle.

Marina did not know what the guns were for, but he watched as her husband dressed in black and posed with the guns in his hands as photographs were being taken of him. Later, Marina took her daughter and moved in with Ruth Paine. Lee rented a room for himself in Dallas but then spent a considerable amount of time in New Castle. Lee later became an order filler at the Texas School Book Depository. The same year, Marina gave birth to their second daughter, Audrey Marina Rachel Oswald. Oswald and Marina did not live together, but they were comfortable with the arrangement they had made that Oswald would spend time with her only on the weekends.

The assassination of the President

Marina Oswald Porter heard that President John F. Kennedy was assassinated on the media and that her husband was arrested in connection to the murder. Police went to the Paine residence and asked Marina whether her husband owned a rifle. She pointed to the garage where her husband kept the rifle, and no rifle was found. She was questioned for the involvement of her husband in the murder of the President and the shooting of Dallas police officer J.D. Tippit.

Oswald died two days after his arrest when he was badly wounded by Jack Ruby. Marina was taken under the Secret Service Protection unit until she completed her testimony before the Warren Commission. After the death of her husband, she remained in Dallas Texas.

Two years after Oswald’s death, Marina Oswald Porter got married to Kenneth Jess Porter. Together they had a son. She later moved to Rockwall in Texas and 1989, she became a naturalized citizen of the United States. She is currently seventy seven years old.