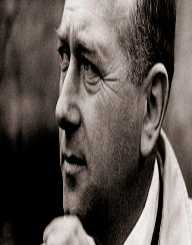 His high schooling was done at the Magyar Királyi Föreáliskola in his hometown. He then won a scholarship and studied painting at the Academy of Fine Arts in Vienna, Austria. In 1924 Marcel Breuer graduated from the Bauhaus with an M.A. in architecture. His mentor Gropius went on to become one of the most influential architects of the Modern movement.

After completing his studies, Marcel Breuer moved to Paris for a short time before going back to the Bauhaus which had relocated to Dessau. He worked as Master of the Carpentry Shop and around this time that he designed the Wassily chair. He also designed the Breuer, a tubular steel chair.

Marcel Breuer moved to Berlin in 1928 and established his architectural practice. One of his commissions was the Doldertal Apartments which he designed for the Swiss architectural historian Sigfried Giedion in Zurich. Because of the political climate in Europe in the 1930s, and encouraged by Gropius, he moved to London. The Isokon Company employed him, and it was there that he designed the Long chair made of plywood.

In 1937 Marcel Breuer left England and relocated to the United States where he joined Gropius in the architecture faculty at Harvard University in Massachusetts, Graduate School of Design. Philip Johnson, Paul Rudolph, and I.M. Pei were among his students.

During the late 1930s and 1940s, he worked with Gropius on some projects. Then in 1946, he moved to New York City. He had the opportunity to work with Hamilton Smith, and Harry Seidler was his draftsman. Breuer spent the remainder of his career in New York City before retiring in 1976.

Some of his buildings include the Sarah Lawrence College Theatre in Bronxville, New York (1952), the De Bijenkorf Department Store, Rotterdam (1953-1961), the Department of Housing and Urban Development building in Washington DC (1963-1968) and the Atlanta Central Library (1969-1980).

The American Institute of Architects awarded Marcel Breuer the Gold Medal in 1968.
Breuer was the subject of the first one-man show for a living architect at the Metropolitan Museum of Art in the early 1970s. And in 1976, Breuer was presented with the Grande Medaille d’Or by the French Academie of Architecture. The Museum of Modern Art in New York honored him with a one-man exhibition in 1981.

Marcel Breuer married Marta Erps in 1926. Later he married Constance Leighton with whom he had a son and a daughter.

Marcel Breuer’s papers are held in the Special Collections Research Center at Syracuse University with others held in the Archives of American Art in Washington D.C.