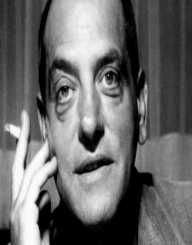 As a young adult, Luis Bunuel attended classes at the University of Madrid. It was while here that he became friends with the artist Salvador Dali. The two would make a friendship and a career partnership that would last for much of their lifetimes. Bunuel eventually graduated from this school with a degree in philosophy.

During his almost fifty years working in the film industry, Luis Bunuel took on the role of editor, producer, actor, director, writer, and more. He worked on over forty projects during this film and television career, which began in the late 1920’s. One of the first things he did was write an adaption of Edgar Allan Poe’s The House of Usher in 1928. However, his major work of the 1920’s was his original short, Un Chien Andalou, which he wrote, produced and directed. He also worked as an actor in the films Mauprat and Carmen.

The 1930’s were some of Bunuel’s busiest years, but more in the amount of work he put in his projects than the amount of projects that he worked on. In this year, Luis Bunuel worked as an editor and writer on two of his projects, L’Ange d’Or and Land Without Bread, a documentary. He also worked as a producer on Land Without Bread, Juan Simon’s Daughter, and Espana 1936. He also worked as an actor in Juan Simon’s Daughter.

In the 1940’s, Luis Bunuel began working as a director in films. Before this, he had worked on a few shorts, but it wasn’t until around this time that he was more focused on it. In 1974, he directed the film Gran Casino, and he directed The Great Madcap in 1949.

During the 1950’s, Luis Bunuel only worked as a director and writing. He focused on directing films. Some of the most popular films he directed include Susana, Wuthering Heights, and Robinson Crusoe. Some of his lesser-known works from this decade include El bruto, That Is the Dawn, Nazarin, and Mexican Bus Ride. During this decade, Bunuel wrote some screenplays and book-to-film adaptations. Including his major films listed above, he also wrote Fever Mounts at El Pao, The River and Death, and The Criminal Life of Archibaldo de la Cruz.

It wasn’t until the 1960’s that Luis Bunuel had another credited acting role. In 1964, he played El vergudo in Weeping for a Bandit. He also acted in the film There Are No Thieves in This Village in 1965. He also continued to work as a director in this decade. He directed six films during this decade: The Young One, Viridiana, The Exterminating Angel, Diary of a Chambermaid, Belle de Jour, and The Milky Way.  Along with writing all of the things he directed in this decade, he also worked on writing the short Simon of the Desert.

It wasn’t until 1970 that Luis Bunuel worked as a producer again. The last thing he produced was the film Tristana, which he also directed. Bunuel also directed his last films in this decade: The Discreet Charm of the Bourgeoisie, The Phantom of Liberty, and The Obscure Object of Desire. Along with writing all of the above in this decade, he also wrote the short Una Historia decente and the screenplay for The Monk.

Over the course of his long career, Luis Bunuel won over thirty film and television awards and was nominated for almost thirty others (including two Oscar award nominations). Some of his most impressive awards are listed below.

Luis Bunuel was married to Jeanne Bunuel. This couple tied the knot in 1925.