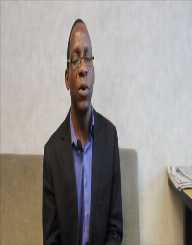 Lovemore Madhuku was born on July 20, 1966, in Chipinge, Zimbabwe. After finishing his preliminary education, he went on to study at the University of Zimbabwe and received a Bachelor of Law degree in 1990. After obtaining his Law degree, he received the Beit Trust Fellowship for his excellent academic achievements. Madhuku traveled to the United Kingdom and enrolled at the University of Cambridge, from where he received his Master of Law degree in 1994 and doctorate in 1999.

In 1994, after completing his graduate degree, Madhuku went to Zimbabwe and joined the German non-governmental organization Friedrich-Ebert Stiftung, for which he worked as a labor law consultant. He was also working as a teacher in the Law Faculty of the University of Zimbabwe. In 1997, Madhuku joined Morgan Tsvangirai as a founding member of the National Constitutional Assembly. The pro-democratic group was allied with the Movement for Democratic Change and opposed the one-party rule of President Mugabe. Madhuku first served as vice president, and in 2001 became the organization's president.

In 2001, Madhuku was detained for leading demonstrations and was smeared by the state-owned media. In 2004, he was arrested, beaten up and left to die outside his house in Harare. He recovered from the attack. In 2006, he was once again charged with organizing illegal protests and assaulted by the police. He completed his final term as the president of NCA in 2011.

In 2011, Madhuku became a full-time professor of law at the University of Zimbabwe. Two years later, he formed his party, which aimed for democratic changes in the country. In 2004, he received the Civil Courage Prize from the U.S. based Train Foundation.