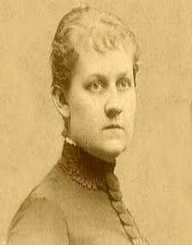 Louise Blanchard Bethune was the first female professional architect of America. She was born on July 21, 1856, in Waterloo, New York, United States of America. Born Jennie Louise Blanchard, Louise hailed from a family of teachers.

Her parents home-schooled her until the age of eleven. She moved to Buffalo along with her family during her childhood. While growing up there, Louise attended the Buffalo Central High School and received her graduation in 1874.

Louise Blanchard Bethune had a plan to attend Cornell University upon her high school graduation. However, she dropped the idea after two years of intense preparation for getting admission to the newly opened architecture program of the prestigious university. The decision to this effect was taken in favor of an offer of apprenticeship as a draftsman in one of the most prestigious architectural firms of the USA, owned by Richard Alfred Waite.

Later, she also worked part-time under Buffalo architect Franklin Wellington Caulkins. She thought it wise to learn architecture by its practical application instead of classroom theoretical study. She began working in the architectural firm as a draftsman in 1876.

Louise Blanchard Bethune spent her next five years working and learning at the Waite owned architectural firm. To her good fortune, while doing her apprenticeship, she bagged projects like Pierce Palace Hotel. The architects completed the construction of this hotel by 1878. Unfortunately, in 1881, a massive fire obliterated this contemporary architectural marvel.

After having learned the nuances of architecture for five years during her apprenticeship with Waite, Louise Blanchard Bethune finally started her independent venture. She opened an architectural firm in Buffalo in partnership with her former R.A. Waite colleague Robert A. Bethune in October 1881. Their practice flourished greatly as their firm Bethune & Bethune contributed heavily in the rapid development of the city of Buffalo.

The city was at that time witnessing a massive economic development mainly due to the opening of the Erie Canal. The business leaders were investing hugely in infrastructure projects. Numerous multi-storied high rise buildings were also coming up in large numbers to boost the city’s new grown stature of a world-class city.

As a result of this tectonic shift in the aspect of architecture, the profession saw a boom and the qualified architectural professionals of that era were flooded with new jobs.

Bethune & Bethune encashed the opportunity and established themselves as one of the prime architectural firms of the region. Louise preferred designing industrial and public buildings. However, her specialization was in creating public schools. She avoided designing residential complexes as such work did not offer reasonable payment.

One of her most prominent work includes designing the Hotel Lafayette. The neoclassical design of the hotel was a masterpiece from the stable of Bethune & Bethune. The renovation of the designer’s marvel hotel building took place recently in 2012 at a whopping cost of $35 million. In 1885, she became a member of the Western Association of Architects (WAA).

Louise Blanchard Bethune had the privilege of serving as the Vice President of the W.A.A for one term afterward. American Institute of Architects (A.I.A) inducted her as the first female associate of the organization in 1888. One year later, she became the first female fellow of A.I.A.

The organizers of the competition paid the female architects a meager sum of $1000 for their design, whereas their male counterparts got $10000 for the same work.

Using New Technologies In Architecture firm introduced the concept of building using steel frames and poured concrete slabs. The Denton, Cottier & Daniels music store was first such building in the United States, constructed using the above ingredients. Few of the structures designed by her firm are still standing tall in the US. Among these, the building of ‘Witkop and Holmes Headquarters’ (1901) is included in the National Register of Historic Places in 2014. The Iroquois Door Plant Company warehouse; the massive Chandler Street Complex for the Buffalo Weaving Company, are two other such buildings still in existence in the USA.

Besides all these, her main focus was on the construction of school buildings. She designed 18 schools in the area of Western New York. Among these, a Romanesque revival edifice made of brick and sandstone characterizes the Lockport Union High School.

Louise Blanchard Bethune married her former Richard Waite colleague and business partner Robert A. Bethune in December 1881. She retired from her architectural practice in 1908. She breathed her last on December 18, 1915. Following her footsteps, 50 female architectural professionals were working in the United States between 1908 and 1915.