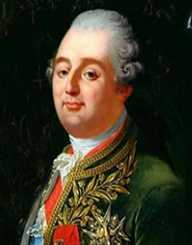 Louis XVI is widely known as the last King of Navarre and France before the beginning of French Revolution. He ruled the world of 18th-century with full responsibilities. He got a seat as the primary dominant of France in his teenage years. Lots of people believed that he would  stabilize French economy. Although critics followed him like a plague, he knew how to move with his plans without anyone’s consent.

Yes, he accepted all the challenges, but in the end, he proved his opponents wrong. He acted as a problem solver and not the involved. As a prominent leader, Louis XVI wanted nothing other than respect and love for his administration.

Louis XVI was known as an imaginative, thoughtful and intelligent person. At his best, he knew how to overcome his struggles through a driving force called determination. It was during his last tenure that he got so intense to the point of forgetting his whole self. As a result, he was forced to seek comfort in his works rather than world’s fulfillment.

His greatest urge was to change his past and focus on improving other people’s lives. Moving forward, he learned to focus his energy on the here-and-now. Louis XVI hated procrastination just as much as he loved to carry other people’s problems.

On August 23rd, 1754 a couple of Louis Dauphin of France and Maria Josepha were blessed with their second born child, a son at Versailles Palace in France. He was none other than Louis-Auguste. Louis grew up as a shy and composed child, but he was also known as an intelligent and creative lad. For this reason, he had a chance to cram several languages including, Italian and English. At his tender age, the young prince loved to play with his younger siblings, especially Louis Stanislas and Charles-Philippe.

It was in 1765 that the young prince took a Dauphin title when he succeeded his father who later died due to tuberculosis. At only eleven years old, he was given his father’s throne and inheritance. In the process, lots of ancient instructors such as Abbe Berthier chipped in to help the young lad regarding knowledge and personality. Louis XVI obliged to their rules till when he marked 15 years old. At the same time, he learnt several subjects including religion and humanities.

In 1774, at only 19 years old, Louis XVI was enthroned as the succeeding king of France. He was also confused by the tremendous responsibility that was waiting for him. Luckily he had an ample knack and a perfect plan that came to help his nation at large. During his first stages as a leader, Louis as Louis XVI’s management exhibited some signs of feebleness. As a result, it was quite hard for him to make the final decision as the new king of France.

After some time, Louis XVI asked for help from various advisors such as Jean-Frederic Phelypeaux. It was here that he helped him to make paramount decisions regarding his leadership. One of the significant things that he did during his tenure was to sign a peace treaty called Edict of Versailles in 1787.The approved protocol suggested that any citizen was allowed to practice any religion of his own. The Jews and Lutherans were delighted to have freedom of worship at last.

Louis XVI had an immense desire to conquer some parts of India where he made a simple connection with a Maratha ruler called Rao Narayan. Also, the French maritime forces arrived the same day when Louis was trying to make a lucrative deal to invade India.

It was also a surprise that Louis XVI also wanted to make a close connection with Vietnams. As a result; a Vietnamese leader called Nguyen Phuc Anh signed another treaty titled as Treaty of Versailles in 1787. After two years a human right legal agreement was released by Louis administration. It was titled as the National Constituent Assembly.

In the mid of 1792, Louis XVI and his administration declared war against the Republic of Austria. Above all, France was defeated by Austrian forces which led to Louis' imprisonment in Paris. It was then that the National Assembly of France embraced one state governed by nothing else than democracy.

In the mid of 1770, Louis XVI married Marie Antoinette. The couple was married for seven years, but they didn’t manage to have a child of their own. According to sources, the public suggested that the King was infertile. The last king of France received his last respect when he was put on a firing squad at a place known as Place de la Concorde.