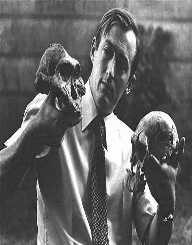 Louis Leakey was an archaeologist who was a strong promoter of Darwin's Theory of Evolution.  Despite his Christian upbringing, Louis Leakey challenged his beliefs of creation and inspired more scientists to ask

Louis Leakey was born August 7, 1903, in the former British East Africa.  Today his birthplace is known as Kabete, Kenya.  His parents were missionaries.  Their lives were humble at best as they lived in huts or tents with dirt floors and roofs with holes and leaks.

Since his family lived among the Kikuyu tribe, Louis Leakey lived more according to the culture of Africa than British.  When he was about 13, Louis Leakey discovered stone tools.  This sparked his interest in archaeology and anthropology.

While in Africa, Louis Leakey and his siblings learned with a tutor.  After World War I, they returned to England and studied in schools like Weymouth College.

In 1922, he started at St. John's College, Cambridge University.  Louis Leakey would have graduated on time if not for a rugby injury.  In 1925 Louis Leakey finished his undergraduate studies with dual degrees in anthropology and archaeology.  Louis Leakey earned his doctorate in African prehistory four years later.

After college, Louis Leakey spent his time either lecturing in England and going on expeditions in Africa.  Louis Leakey found fossils in 1932 at Kanam and Kanjera which challenged and proved that humanity did not start in Asia as first believed. Rather it showed that the oldest ancestors of modern humans could come from Africa.  It was on one of his trips to the Olduvai Gorge in Africa where Louis Leakey discovered the skull of Homo erectus.

While many did not believe that his discovery proved Darwin's Theory of Evolution, eventually there were more discoveries that proved Louis Leakey to be right.

Louis Leakey married a fellow archaeologist Mary.  They often worked together before she and some of their children completed more of the archaeological work.

Throughout his adult life, Louis Leakey also wrote many books about Africa and his work.  Leakey died on October 1, 1972, at the age of 69.

Even though his theories and discoveries challenged what scientists thought they knew about anthropology, it allowed for further advances in these fields.

Christianity played a strong role in Leakey's life.  His parents were missionaries from the Anglican church.

Not only was Louis Leakey interested in the history of human life, but Louis Leakey was also important in the area of wildlife conservation.  The work he did relating primates to humans inspired other scientists.  Fellow British scientist Jane Goodall and American zoologist and primatologist Dian Fossey

The conflict that Leakey dealt with was the fact that Louis Leakey promoted the science of evolution despite his Christian upbringing and background.  The ideas of Charles Darwin were radical at the time that challenged what people knew from church.

Louis Leakey also had personal controversies in his life.  He married Frida in 1928 with whom he had two children.  In 1933, Leakey had an affair with Mary while Frida was pregnant. Louis Leakey divorced Frida to marry Mary three years after the affair started.

• Hubbard Award by the National Geographic Society for excellence and distinction in discovery, exploration, and research (1962)
• Prestwich Medal by the Geological Society of London for the advancement of geology (1969)