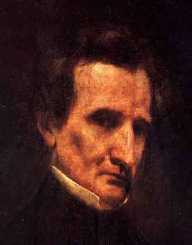 Louis-Hector Berlioz was born on December 11th, 1803. He was a celebrated figure for his romantic compositions. Some of the compositions that earned him high acclaim were Grande messe des morts and Symphonie fantastique. He also made immense contributions in the field of the orchestra with Treatise on Instrumentation. Berlioz contribution into music was so profound to the extent that he was often compared with Victor Hugo.

Louis-Hector Berlioz was born on December 11th, in 1803. His birthplace was in La Côte-Saint-André in France. Louis Berlioz, his father was a professional physician. His mother’s name was Marie-Antoinette. She was a committed Roman Catholic. Berlioz was born in a family of six children. Unfortunately, only three of them survived to adulthood. His other two sisters named Nanci and Adèle survived and were close to him.

Unlike other renowned composers of his time, Louis-Hector Berlioz only began taking music classes when he was 12 years. He initially started by writing small compositions and working on arrangements. Berlioz however never learnt to play the piano due to his father’s discouragement. Strangely, he later claimed that piano lessons had detrimental effects on him. Some of the instruments that he was well accustomed to were a flageolet, flute, and guitar.

Just from merely going through textbooks, Berlioz learned about harmony. He was never formally trained in this area. In 1815, Berlioz was introduced to works of eminent individuals such as Virgil and La Fontaine. This later formed a basis for his compositions. Soon, he grew a particular liking to Virgil’s works and as a result translated them into French from Latin. This is something that he did under the directions of his father.

During the same year, Louis-Hector Berlioz documented in his Mémoires that he had fallen head over heels for Estelle Fornier an 18-year-old lady living next door. Around this time, he also made a point of attending the communion for the first time. Berlioz was impressed by the sound of music from the church choir. This was the beginning of a long music career as he had fallen in love with music.

Following the experience that he had acquired, Berlioz soon enrolled for music lessons. At the start, he studied how to play the flute, and later on he moved to the guitar. At some point, he also made an effort in learning how to compose.

In October 1821, Louis-Hector Berlioz moved to Paris with the intention of studying medicine. He had no interest in the subject but was coerced to enroll for its classes. Regardless, he continued with medicine lessons merely to please his father. Moments later, he was disgusted with the medical field after seeing a corpse being dissected.

While in Paris, Louis-Hector Berlioz took the opportunity of visiting music institutions. Consequently, he managed to attend Opera performances such as Iphigénie en Tauride done by Christoph Willibald Gluck. This was one of the composers that Berlioz came to admire in his composing career. In 1823, he visited La Côte. Around this time, his family had made attempts to try and convince him to quit music and focus on medicine. Nonetheless, Berlioz resumed his music lessons upon his return to Paris.

It was in 1823 that Louis-Hector Berlioz composed La vestale, Le passage de la mer Rouge and Estelle et Némorin. The following year, Berlioz abandoned the medicine course. This was one thing that his parents vehemently opposed, but he showed no interest in the course and therefore had to quit. Moments later, he composed Messe solennelle which was performed in 1825. Les francs-juges was completed around 1826, but it was never staged.

In the late 1930s, Louis-Hector Berlioz migrated from Paris to Rome, Italy. He arrived here in March 1931. He went ahead and settled at the French Academy in Villa Medici. Unfortunately, he did not love the city and as a result, enjoyed travelling to the countryside. He made several tours while in Rome which garnered him much experience in music. Some of the places that he visited include Pompeii, Milan, Naples, Florence, Genoa, and Turin. He only spent two years in Rome before leaving back to Paris in November 1832.

Louis-Hector Berlioz wedded Harriet Smithson in 1833. The two were blessed with one child who was born the following year. He later got married to Marie Recio on October 19th, 1852 after having an affair with her for some time. Recio, unfortunately, passed away in 1862 after suffering from a stroke.