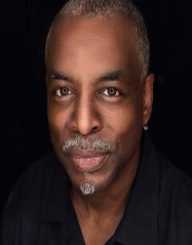 LeVar Burton is an award-winning actor famously known for his roles in films such as, ‘Roots,' and the Children’s series ‘Reading Rainbow.’ He is also a director of programs such as ‘Star Trek’ and has authored the book ‘Aftermath.'

LeVar Burton is an only son of Erna Gene and Levardis, born on February 16, 1957, in Landstuhl, West Germany. His mother served as a social worker and educator, while his father worked as a photographer for the U.S Army Signal Corps.

His mother raised him with his two sisters in Sacramento California as Roman Catholic. Burton enrolled in St. Pius X Minor Seminary at the age of 13 with the aim Of becoming a priest. However, he read works of philosophers Lao-Tzu, Nietzsche, and Kierkegaard which made him question the belief that Cat holism is the only real religion.

At the age of 17, Burton joined the University of Southern California with a drama scholarship and signed as a member of Sigma Alpha Mu society. He graduated from the University’s School of Theater.

LeVar Burton started his professional acting career in 1977 after he auditioned for the character of Kinte in the ABC drama series, ‘Roots.' His remarkable performance earned him an Emmy nomination for Best Actor in a Drama Series.

In 1986, Burton appeared in a music video, of an R&B song ‘Word Up!’ by the group known as Cameo. Additionally, he played the leading role as Geordi La Forge in a television series, ‘The Next Generation,' and also directed two episodes of the series. Later in 1994, he portrayed La Forge on ‘Star Trek Generations’ and ‘Star Trek: Nemesis in 2002.

Also, in 1988, Burton resumed his role as Kinte in the television film, ‘Roots: The Gift’ which raised people’s awareness on the need for impartiality between the Black and White race. His performance followed other guest roles in films such as, ‘Fantasy,' ‘Battle of the Network Stars’ and the ‘Muppet Show’ including several other game shows.

In 1983, he hosted and produced a children’s series titled, ‘Reading Rainbow’ for PBS. This series earned over 200 broadcast awards including a Peabody Award and 26 Emmy Awards. Burton also won 12 Emmy Awards as the host and producer of the show. In 2001, he portrayed Martin Luther King in the film, ‘Ali,' and played as Detroit Tiger Ron LeFlore in a television show, ‘One Million, The Ron LeFlore Story.’

After the end of the series in 2006, Burton alongside his business partner, Mark Wolfe, acquired global rights for the brand and formed a new media for the children titled, RRKIDZ. The press reproduced the ‘Reading Rainbow’ as an application for Ipad and emerged as a successful, number-one educational application in 2012 within 36 hours of its release.

In 2012, he made several appearances on shows such as The NBC’s ‘Community,’ ‘The Big Bang Theory and had a recurring role on TNT series, ‘Perception.' On May 28, 2014, Burton started a Kick starter campaign to make the ‘Reading Show’ a web-based model and to integrate it in elementary schools across the country. This campaign made an immediate success, reaching its triple goal in only three days. In 2017, he started a podcast titled, ‘LeVar Burton Reads’ produced on the Nerdist network.

LeVar Burton married a professional make-up artist, Stephanie Cozart-Burton, in 1992. The couple has one daughter, Michaela and a son from his previous relationship named, Elian Burton.