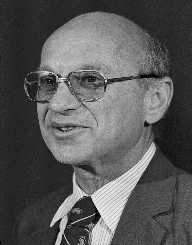 Lawrence Klein was born on September 14, 1920, in Omaha, Nebraska. He was born to Leo Byron Klein and Blanche Monheit. He was brought up alongside two siblings, a sister and a brother. He attended a public school in Omaha. In high school, he learnt English history, Languages, and Mathematics. He grew up during the Great Depression which influenced his career. He graduated from the Los Angeles City College where he studies calculus and other subjects. He later joined the University of California. In 1942, he graduated from the school with a B.A Degree in Economics. In 1944, he completed his Ph.D. in Economics from the Massachusetts Institute of Technology.

After Lawrence Klein attained his Ph.D., he joined to work with Cowles Commission for Research in Economics which was located at the University of Chicago. While at the institution he built an economic model analyzing and forecasting the impact of government policies and prevailing conditions on the American economy. After World War II, he used his model for predicting an economic upturn rather than a depression correctly.

In 1946, Lawrence Klein became a member of the Communist Party in America until 1947. He later moved to the University of Michigan where he developed big economic models. The models assisted him to predict the future economic conditions in a better way. He built the Klein-Goldberger economic model in collaboration with a graduate student, Arthur Goldberger.

In 1954, Lawrence Klein moved to the Oxford University, England where he built a model for the British economy. He also assisted in developing a model for the British Savings Surveys. In 1958, he joined the Department of Economics at the University of Pennsylvania after his return to the United States. He also worked as a professor of economics and finance in the Wharton School. In the early 1960s, he built an econometric model which could be used to forecast the effects of short-term economic development in the United States of America. He also developed the Wharton Econometric Forecasting Model for the American economy.

In 1969, Lawrence Klein created the Wharton Econometric Forecasting Associates’. He was the creator and leader of the LINK project. The project was a model that could show a reflection in the economies of all countries when a change occurred in any of the countries. In 1976, he joined the economic task force set up by President Jimmy Carter. In 1977, he became the President of the American Economic Association.

In 1989, Lawrence Klein became the President of the International Atlantic Economic Society. He was also an author as in 1950 he published his first book ‘Economic Fluctuations in the United States 1921-1941’. In 1955, he published his second book ‘Econometric Model of the United States, 1929- 1952’.  He also wrote ‘The Keynesian Revolution,’ ‘The Brookings Model’ and ‘The Economics of Supply and Demand.’

In 1959, Lawrence Klein received the John Bates Clark Medal. In 1980, he was awarded the Nobel Prize in Economic Sciences.

Lawrence Klein married Sonia Adelson at the Cowles Commission. The couple had four children, Hannah, Rebecca, Rachel, and Jonathan. He died on October 20, 2013, in his home in Gladwyne, Pennsylvania. He died at the age of ninety three.