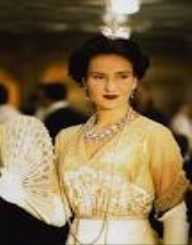 Lucy Noel Martha Dyer-Edwardes was born on 25th December 1878 in Kensington, London, in England. Her parents were Thomas and Clementina Dyer-Edwardes.

Dyer-Edwardes was an only child, and she grew up between the three properties her parents owned. The homes were in London, Gloucestershire, and Normandy.

In April 1900, Dyer-Edwardes married Norman Leslie. He was the 19th Earl of Rothes. Dyer-Edwardes became Lady Countess Rothes. Her husband hailed from one of the earliest peerages in the United Kingdom. Between 1906 and 1923, he held the position of an elected Representative peer for Scotland.

The Countess and her husband lived in England for the first four years of their marriage. In 1904, they took possession of the family seat in Scotland. Called Leslie House, it sat on 10,000 acres in Leslie, Fife.

They lived some of the years in their townhouse in Chelsea, London. They spent most of their time, though, on their Scottish estate. The couple participated actively in different sports, and they moved in noble social circles. As a result, they attended royal functions and other social occasions. The Rothes often received mention in the newspapers.

In 1916, the Earl became wounded in battle in France. Due to this, he returned to the Coulter Hospital in London for his recovery. In 1918, the army promoted him to the rank of Colonel.

The Countess became recognized for the charitable works she undertook in England and Scotland. Her main patronages included fundraising for the Queen Victoria School and the Chelsea Hospital for Women. She also worked diligently for the Randolph Wemyss Memorial Hospital.

Many other organizations benefited regularly from her fundraising efforts. These included the YMCA, the Children's Guild, the National Milk Hostels, and Cedars College for Blind Girls.

In 1911, the Countess began working with the Red Cross. Their association lasted for many years. She established a branch of the Red Cross in Leslie, and she provided three ambulances.

The Countess also trained as a nurse that same year. She was a very successful philanthropist. Part of her success was due to the help of friends such as Her Royal Highness Princess Louise, and the Duchess of Wellington.

During World War I, the Countess turned part of Leslie House into a hospital wing. She attended to wounded soldiers returning from war. She then went to Coulter Hospital in London, and nursed the returned soldiers there, including her wounded husband.

The Countess opposed socialist activities, including the proposed reform of Irish Home Rule. In addition, she also supported women's suffrage, and she was a member of the Women's Unionist Association.

The Countess is most famous for her efforts during the 1912 tragedy with the Titanic. She controlled the tiller of her lifeboat, and she encouraged the other survivors in her lifeboat. The Countess then helped row the boat to the rescue ship.

The Countess sailed on the Titanic to join her husband who was already living in America. When the Countess boarded the rescue vessel, she spent all her time looking after other women and children.

The Countess's husband died in March 1927. She married for the second time in December of that same year, to Colonel Claud Macfie. The Countess kept her title. The Countess of Rothes died on 12th September 1956 from heart disease.