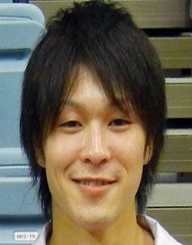 Kohei Uchimura is a Japanese gymnast, considered by many to be the greatest gymnast of all time.

Kohei Uchimura was born in the city of Kitakyushu, Japan, on January 3, 1989. His parents, Shuko and Kazuhisa, are both former gymnasts, as well as his younger sister Haruhi. He started training at his parents’ gym when he was three years old. At the age of 15, he moved to Tokyo so he could train with the champion Naoya Tsukahara. He graduated from Toyo High School, and he attended the Nippon University for Sports Science.

Kohei Uchimura began by competing in a few junior competitions. In 2007, he was chosen in the national team of Japan. He made his professional debut at the 2007 World Cup in Paris. He reached the ninth spot on the floor, and he won the bronze medal on the vault. He then took part in the Summer Competition in Thailand, the national championships in Japan, and an event in Beijing. He placed in the top ten in every contest. He won two gold medals and one bronze medal at the 2007 Summer Universiade in Bangkok. He then won a silver medal at the World Cup Final in Madrid.

From 2009 to 2015, Kohei Uchimura won a total of 19 medals in different categories during the World Championships. He got ten gold, five silver, and four bronze medals. He also won several titles at the World Artistic Gymnastics Championships. Apart from the international competitions, he won medals every year he participated in the Japanese national championships.

Uchimura has been praised for his difficult performances and extraordinary skills. In 2011, he was given the Longines Prize for Elegance.  His excellent skills and his long winning streaks are the reason he is considered to be the greatest gymnast in the history of the sport.

Uchimura injured his ankle in 2017 during the World Artistic Gymnastic Championships. He had to quit the competition. The injury ended his long winning streak.

Kohei Uchimura got married in 2012. He and his wife have two daughters.