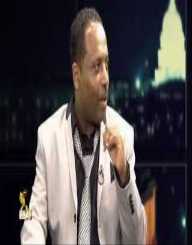 Kitaw Ejigu was born on February 25, 1948. He was an Ethiopian American political leader and scientist. He was well known for working as the chief of Spacecraft and Satellite Systems engineer for NASA. He invented two aerospace mechanisms which were patented under NASA’s new technology. He also collaborated with other scientists to build rockets and spaceships. He also tried so hard to bring political change in Ethiopia, and this led to him becoming a visionary leader in his later years. He died on January 13, 2006.

Kitaw Ejigu was born on February 25, 1948, in Bonga, Kaffa, Ethiopia. He attended 27th High School in Jimma for his secondary education. He later joined Bahir Dar Polytechnic Institute where he graduated at the top of his class in 1966 with a Diploma in Mechanical Engineering with specialization in agricultural technology. After graduation, he worked as the chief technical advisor and Assistant manager at the Ethiopian Automotive Services and Sales Company (EASSCO). In 1972, he won a scholarship from the Japanese Overseas Technical Association to study automotive engineering at Hiroshima University.

Kitaw Ejigu went ahead to study language and Japanese economics at Osaka University. He later moved to the United States. In the United States, he began his research and training and attained an MBA in Business Administration in 1979. He went ahead to Northrop University in California where he graduated with a doctorate in space vehicle systems engineering.

As a student, Kitaw Ejigu worked for companies such as Garret Air Research and Advanced Bonding Technology Laboratories. When he worked with these companies, he developed an interest in space technology. In 1977, he was hired by the Jet Propulsion Laboratory of California Institute of Technology. This institute was a NASA research center located in Pasadena, California. He worked there as the Chief Spacecraft Systems Design Engineer. He later served at the Space Technology, and Systems Research Scientist at Boeing and Loral Corp where he was actively involved in the development of advanced planetary mission spacecraft and earth orbited satellite systems.

In 1986, Kitaw Ejigu joined Rockwell International Space Systems Division as the Principal investigator for several advanced space system projects. He also supervised the development of the advanced technologies for Kinetic Energy Weapons Systems. He also served as a program manager for the Lunar Micro-Rover research and development effort to improve NASA’s future space explorations. He turned his focus to Ethiopia, his homeland and established Trans Tech International which was an organization dealing in engineering. He was the president of the company. In 2001, he made an effort to visit Ethiopian University students in Kenya after they were dismissed from the university.

Kitaw Ejigu established the Ethiopian National United Front which was against the Ethiopian Government and its policies. During this period he made sure that many Ethiopian students were enrolled at the University of Nairobi. He was driven to spreading technology in Africa and his homeland Ethiopia that before his death he decided to work with Tad Worku. Tad was the founder of Africa Needs Community Development Corporation. He wanted to join the corporation to spread his technological knowledge to Africa and the world as a whole.

Kitaw Ejigu married Stella Ejigu, and they had three children together, Sarah Abigail, Benyam, and Yared. In 2006, he was involved in a small accident at home, and he developed internal brain hemorrhage which deteriorated as time passed. He died on January 13, 2006, four days after he had surgery at the North Austin Medical Center in Austin Texas. He was buried at Forest Lawn Cemetery, Covina Hills.