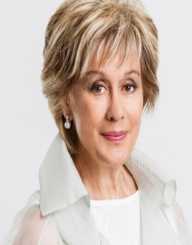 Dame Kiri Janette Te Kanawa is a New Zealand soprano who is known for her full lyric soprano voice described as "mellow yet vibrant, warm, ample and unforced."Born on March 6, 1944, she performs works from the 17th to the 20th centuries and in different languages. Te Kanawa is known for performing works of Puccini, Strauss, Handel, Mozart, and Verdi among others.

After several decades of spectacular performances in concert and recital, she announced her retirement in September 2017. Her last performance was in Ballarat, Australia in October 2016.

Kiri Te Kanawa was born Claire Mary Teresa Rawstron in Gisborne, New Zealand to a M?ori and European descent. Nell and Thomas Te Kanawa adopted her at a very young age, and less is known about her biological parents.

She received education at St Mary’s College, Auckland. It was during this time that she received operatic training from Sister Mary Leo.

Kiri Te Kanawa began her singing career as a pop singer in clubs in New Zealand during her teens. She mostly featured in newspapers due to her exceptional talent. She won several competitions including the Melbourne Sun-Aria contest in 1966. She had previously won the Mobile Song Quest, earning her a grant to study in London. Te Kanawa moved to London in 1966, where she enrolled at the London Opera Centre and studied under James Robertson and Vera Rózsa.

Kiri Te Kanawa started singing in mezzo-soprano but later changed to soprano. Her first stage appearance was as the Second Lady in Mozart’s The Magic Flute at the Sadler’s Wells Theatre in December 1968, and she sang the title role in Donizetti's Anna Bolena. The following year, she sang Elena in Rossini’s La Donna del Lago at the Camden Festival.

This was followed with a role of the Countess in The Marriage of Figaro. Due to her performance, she was offered a three-year contract as junior principal at the Royal Opera House Convent Garden. Her debut there was as Xenia in Boris Godunov and as a Flower Maiden in Parsifal both in 1970.

Kiri Te Kanawa gained international fame for her performance. John Crosby gave her the role of the Countess in The Marriage of Figaro at the Santa Fe Opera in New Mexico that opened on July 30, 1971. She repeated her role as Countess at several other venues. In 1974, she made a debut at the Metropolitan Opera playing Desdemona in Verdi Otello, a performance that was highly acclaimed.

She performed in several countries across the globe. In 1979, she played Donna Elvira in the film adaptation of Don Giovanni. Kiri Te Kanawa performed at the wedding of Charles, Prince of Wales and Lady Diana Spencer in 1981, where she sang Let the bright Seraphim as was watched by over 600 million people worldwide.

Kiri Te Kanawa's recent stage appearances include singing the Marschallin in Richard Strauss’ Der Rosenkavalier's two performances at the Cologne Opera in Germany in April 2010. She followed it with the spoken part of The Duchess of Krakenthorp in Donizetti's La fille de regiment at the Metropolitan Opera. She repeated her role in Vienna, 2013 and at Covent Garden in March 2014. He retired in 2017 after her last performance in Ballarat, Australia in October 2016.

She founded the Kiri Te Kanawa Foundation with the aim "that talented young New Zealand singers and musicians with complete dedication to their art may receive judicious and thoughtful mentoring and support to assist them in realizing their dreams."

Kiri Te Kanawa married Desmond Park whom she first met during a blind date in August 1967. They married at St Patrick’s Cathedral, Auckland six weeks after their meeting. The couple adopted two children Thomas and Antonia.

They divorced in 1997 after 30 years of marriage. She was sued in 2007, by Leading Edge, an event-management company for canceling a concert with Australian singer John Farnham, with reason that Farnham fans sometimes throw their underwear on stage.

During the trial, it was established that there was no binding contract between the two musicians. Hence Kiri Te Kanawa was not liable for damages. However, Te Kanawa management company Mittane was ordered to pay A$130,000 for incurred expenditure.