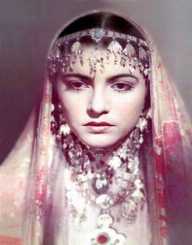 Khurshidbanu Natavan was born on August 6, 1832. She was an Azerbaijani poetess. She became famous because of her relationship-themed ghazals and Rubaiyat. She was known as the daughter of the khan by the public being that she was the heir of Karabakh ruling family. She composed poems that highlighted the aspects of love, friendship, compassion, and humanity. She later started writing poems that leaned towards misery, pain, and grief. She was not only a poetess, but she loved pencil sketching and embroidery. Some of her poems include ‘Lilac’ ‘To My Son, Abbas’ and ‘Beloved, How Could You break the Oath to me You Swore?’ among others.

Khurshidbanu Natavan Mehti Quli Khan Qizi was born on August 6, 1832, in Shusha, Azerbaijan. She was born to Mehdigulu Khan Javanshir who was the last ruler of the Karabakh Khanate. She was born as an only child hence the public referred to her as the daughter of the khan. She was also called one pearl in the palace as she was the last heir of the Karabakh ruling family. She undertook her education in Shusha. She was well versed in some European and oriental languages. She was also good at music.

In 1845, her father died, and so  Khurshidbanu Natavan took up the mantle since responsibilities were left to her. She was only thirteen when she inherited the duties of cultural and social development of Karabakh. She made popular the horse breed,  Khurshidbanu Natavan which came to be the best horse in Azerbaijan. In 1867, one of her horses ‘Khan’ won a silver medal at an international show held in Paris. In 1869, horses from her stud, that is, Meymun and Tokmak won the silver and bronze medals respectively at an All Russian exhibition. Another horse named ‘Alyetmez’ received a certificate and inclusion in the Russian Imperial Stud.

Khurshidbanu Natavan established the first ever literary society in Shusha. She also went ahead to sponsor others such as the Society of Freinds which became a popular group in Karabakh. In 1883, she built a water source in Shusha and so she was recognised as a great philanthropist. In 1885, he son died, and so she adopted the pen name ‘Natavan.’ She began composing poems which were in the form of ghazals and Rubaiyat. She wrote poems in Azerbaijani and Persian languages. Her poems were based on the themes of love, misery, pain, loss, friendship and natural beauty. Some of her poems include ‘Lilac,’ ‘To My Son, Abbas’ and ‘Beloved, how could you break the oath to me you swore?’ among others.

In 1850,  Khurshidbanu Natavan got married to Khasay Khan Utsmiyev with whom she had two children Mehdigulu Khan and Khanbike Khanum. In the 1860s, she remarried Seyid Huseyn with whom she had five children. In 18850, her son Abbas died. She died on October 2, 1897, in Shusha at the age of Sixty Five. Her remains were interred in the family vault ‘Imarat’ in Agdam. The Museum of Azerbaijan has preserved a collection of her works. Her compositions are housed in the Azerbaijan History Museum. A monument in her dedication was erected in the city of Baku.