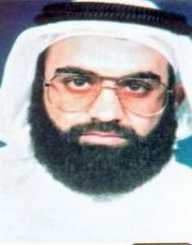 Khalid Sheikh Mohammed is a confined terrorist suspect at the Guantanamo Bay Prison in Cuba. He is facing charges of masterminding the terrorist attacks in the US on September 11, 2001.

Khalid Sheikh Mohammed was born in Baluchistan region in Pakistan. His actual date of birth differs from March 1, 1964, and April 14, 1965. He was born into the family of Muslim preacher Sheikh Mohammed Ali and his wife Halima. Mohammed moved with his parents to Kuwait from Pakistan. He grew up in Kuwait and attended his early education in public schools.

After his high school education in Kuwait, he traveled to the US. He enrolled for further studies at the Chowan University in 1983. In 1986 he graduated from the college with a science degree in mechanical engineering. In 1992 he earned master degree in Islamic Studies from Punjab University correspondence studies in Pakistan. Mohammed is eloquent in several languages including Baluchi and Urdu dialects from Pakistan, Arabic, and English.

Soon after finishing his studies in North Carolina, Mohammed returned to Pakistan. He joined other Islamic fighters or Mujahedeen in Peshawar. He trained as a fighter in preparation for war against the Soviets in neighboring Afghanistan. He briefly worked at the Islamic union for the Liberation of Afghanistan. He became stationed in the media section of the journal Al Bunyan Al Marsous.

Mohammed married his wife in 1993. He then relocated his family to Qatar. He worked at the Qatari electricity and Water ministry as a project engineer for a while. During this time, Mohammad traveled to many destinations in the world under several aliases.

In 1994 he traveled to the Philippines. He met his nephew Ramzi Yousef who worked as a pilot at a local airline. Mohammed plotted to blow up several airlines with links with the US. The two organized bombs to be planted in twelve airless and detonated by timers. Yousef carried attest explosion which killed a Japanese citizen onboard a local airline en route to Japan. After the capture of Yousef in February 1995, Mohammed became a wanted terrorist by the CIA.

He traveled to several Islamic countries posing as a humanitarian worker with Muslim relief organizations. In 1996 he returned to Afghanistan. He traveled to Qatar after a tip off of his arrest by the CIA. In Qatar, Mohammed was patronized and sheltered by a senior Qatar government official. Sheikh Abdullah Al Thani shielded Mohammed from being arrested by the Americans. At the time, Al Thani was the Qatari Minister of Religious Affairs and Mohammed was still a senior civil servant in Qatar.

Mohammed met Osama Bin Laden in Afghanistan in 1996. He impressed Bin Laden with his plan of bombing airlines in the US. Though a jihadist, Mohammed refused to join Bin Laden in his Al Qaeda movement. When Al Qaeda carried out the bombings in US embassies in East Africa in 1998, Mohammed acknowledged the resolve of the outfit. He officially obliged and joined Al Qaeda in 1999. He relocated to Kandahar and became the head of the media and public relations committee.

In 1999 Mohammed received a confirmation from Bin Laden to carry out the attacks in America. Mohammed became leader of the planning and execution team. He selected his foot soldiers and gave Mohammed Atta the leadership of the mission. He picked his team from pilot students who had prior studies or connections with the US.

While Atta was in charge of the ground operations in the US, Mohammed gave logistical and financial support for the terrorists. The supreme command of the Al Qaeda picked four targets based on their perceived symbolism. Bin Laden picked the World Trade Center in New York. This symbolized the seat of the American economic might. The second target was the seat of the American military, The Pentagon. Bin Laden also picked the US Congress building at Capitol Hill as the support for the Zionist state of Israel. The last target was the White House, the official residence of the American president. Mohammed ordered his hijackers to crash the hijacked planes into the selected targets. In case of a failure, the hijackers should crash the aircrafts to inflict total damage on the passengers.

Mohammed ensued the hijackers were trained as pilots in the US, to avoid any trails by the CIA. On September 9, 2001, the hijackers commandeered four planes in different airports in the US. Two planes hit the World Trade Center building in New York. The third crashed into the side of the Pentagon headquarters with minimal damage. The last plane crashed before hitting its target. The New York attack killed 2996 people and left thousands others with life threatening injuries.

Mohammed was arrested on March 1, 2003, following a lead by a CIA informer in Rawalpindi. He is confined at the Guantanamo Bay Prison since then. He was charged of masterminding September 11, 2001, bombings in America.

Mohammed made numerous confessions and works with the prosecution in cases against high profile Al Qaeda prisoners.