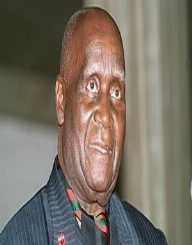 Kenneth Kaunda, famously known by his alias name as KK, chaired the Independent of Zambia Presidency seat from 1964 to 1991. He played a paramount role in the formation of independent movement in Zambia. In the course of his doctrine, Kaunda served as a Southern African defendant. All he wanted is to move away from the British rule, and so he resigned as an African National Congress member. After a short period, he founded the Zambian African National Congress which supported the fairness of black people.

Due to the British rule, the Congress was banned. In the process, Kenneth led the United National Independence Party. He served as the first president of Zambia for over two decades.

On April 28, 1924, Kenneth David Kaunda was born in Chinsali in Northern Rhodesia-Zambia. He played the part of the youngest child of eight siblings. Reverend David Kaunda, his father was a prominent minister and a teacher. His mother, Helen Kaunda held the first ranked woman that taught in colonial Zambia. In short, he came from a respectable background. For joining the Munali Training Center in 1942, he enrolled at Upper Primary School in Luba. From 1944 to 1947 Kaunda served as a headmaster.

After a successful education, he formed a cooperative farmers association in a local mining area. In 1948 he acted as a mining officer. He later embarked on his headmaster role from 1948 to 1949.

In 1958 Kenneth Kaunda was jailed for nine months due to civil disobedience, and he was later released in 1960. The same year he was selected to chair the United Nations Independence Party. After two years, he was chosen to lead the Legislative Council.

Mr. Kaunda paid a visit to Martin Luther King Jr. in Georgia in 1960. He was much inspired by Martin and established a Cha-cha-cha civil campaign. The active participants made sure that they have blocked all roadways. In the process, they got engaged in criminal acts.

With much zeal, Zambia gained its freedom in 1964 when Kenneth Kaunda ruled as the first president. His no-nonsense persona gave him a chance to stay in power. The elections were later conducted in 1991 where Multiparty Democracy Party under Frederick Chiluba rule won. He was forced to retire from politics in 1997.

Kenneth Kaunda will always be remembered for improving his countries education norm. He implemented a foundation that provided school children with free stationaries. In the mid of 1966, he was selected to open the University of Zambia in which he chaired as a Chancellor. After his retirement, he has worked hard to fight for the HIV/AIDS.

Kenneth Kaunda was recognized by the National Heritage Council in 2007 with Ubuntu Award. He was also mentioned as a Roving Ambassador by President Michael Sata. In the mid of 1946, Kaunda married Beatrice Kaweche, and they were blessed with eight children. Death took the love of his life in 2012. Kaunda loves to participate in ballroom dancing shows just for fun. Early in 1980, his favorite child Masuzyo Kaunda died from HIV/AIDS.

President Frederick Chiluba tried to deport Kaunda due to native allegations that he was a Malawian. In 1999 it was announced that he was stateless till when he won the case in 2000 and was declared as a Zambian Native. He was chosen to speak at Nelson Mandela’s funeral.